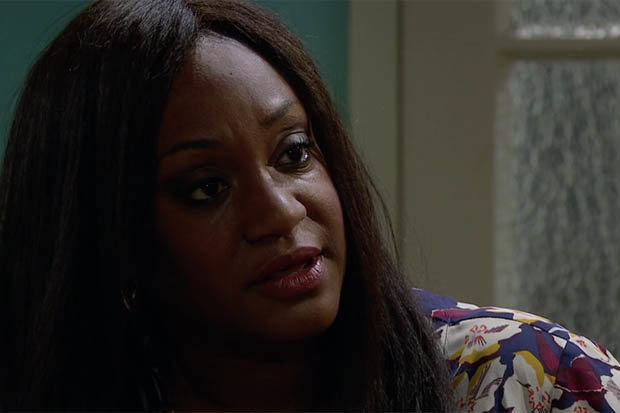 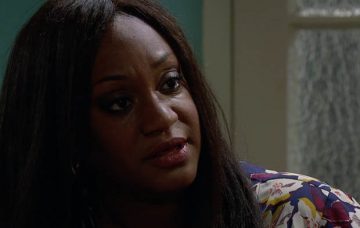 Emmerdale SPOILER: Jessie Grant haunted by her past

Poor Marlon is left gutted when a romantic gesture falls flat on its face in Emmerdale next week.

The kind-hearted Dingle, probably the softest of the lot, has his ego battered when Jessie fails to see the good in Marlon’s actions.

However, in the long run, the misunderstanding could bring the couple closer together…

The storyline kicks off as Marlon and his daughter April get into the Christmas spirit by decorating the tree at home.

As they allow themselves to get excited about the festive season, the pair end up talking about love.

Deciding that he’s been with Jessie long enough to tell her he loves her – which he clearly does! – the chef spells out “I love you Jessie” with fairy lights.

However, when headteacher Jessie returns home, she doesn’t react in the way Marlon would have hoped.

In fact, quite the opposite!

Rather than be pleased and rush to give Marlon a big smooch, Jessie instead looks upset and rushes straight out again!

However, during a heart to heart later on in the day, Jessie reveals that she never truly moved on from her first husband, who died.

Darling Marlon, in a bid to help her process her grief, agrees to help her scatter the ashes of her dead husband in the hope of getting closure.

Viewers know that Marlon has been married three times, and was grief stricken himself when Tricia was injured during a storm and later died.

Can Jessie get over her late husband and pledge her loyalty to Marlon?

And will she ever tell him she loves him back?

Earlier this year, Jessie confessed another secret she’d been hiding – a son called Billy who is currently in prison serving time for GBH.

But it’s only a matter of time before he’s out, right?

Do you think Jessie might be Marlon’s wife number four? Leave us a comment on our Facebook page @EntertainmentDailyFix and let us know what you think!