It's the romance that Emmerdale fans have been willing to happen, and finally next week we will see Laurel Thomas and Jai Sharma grow closer. But, as always, nothing stays secret for long...

Soap fans have watched Laurel and Jai grow closer over recent weeks, with their flirty banter at the sweet factory starting to turn into something more. 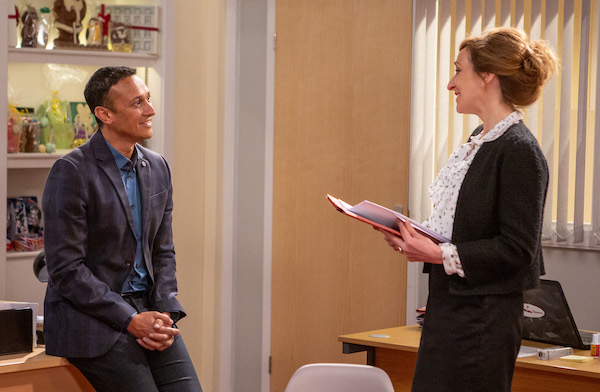 Laurel and Jai have been flirting for weeks (Credit: ITV)

And when the pair shared their first unexpected kiss at the Woolpack as Laurel tried to get Jai out of a doomed date, it seemed romance was well and truly on the cards for the couple.

Next week sees things hotting up between Laurel and Jai and, as they flirt, one thing leads to another and the go to share a kiss.

But of course, this is soapland and just as they're about to lock lips, Rishi interrupts at the crucial moment. 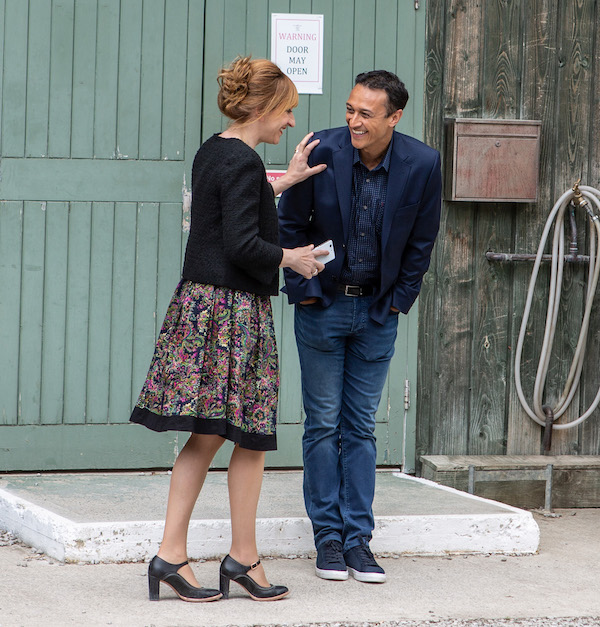 Things are hotting up between Laurel and Jai next week (Credit: ITV)

Despite the pair being disappointed about their missed kiss, they're thankful that no one discovered what is going on between them, and Rishi is none the wiser about what he's interrupted.

Later the lovebirds try and find some more time alone together, but once again Rishi manages to inadvertently rain on their parade.

Rishi asks Jai to replace Billy as a driver that evening, ruining Laurel and Jai's plans for a romantic dinner. 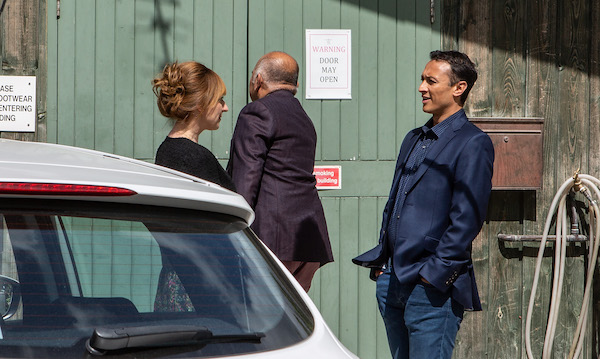 Laurel and Jai are relieved that Rishi has no idea they were about to kiss (Credit: ITV)

Desperate to find some time alone, Jai sends the factory workers on a long lunch, making himself seem like the boss of the week, but really just trying to engineer a secret rendezvous with Laurel.

But just when the pair think no one is looking, Dawn arrives at the factory and catches them together! 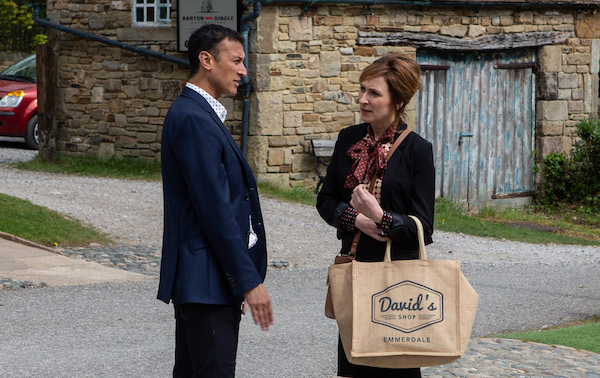 Will Dawn reveal the truth about Laurel and Jai? (Credit: ITV)

With Dawn still believing that Jai is Harriet's secret lover, how is she going to react when she finds him in the arms of someone else?

Will she out Laurel and Jai's romance in a bid to get revenge on behalf of Harriet?

Do you think Laurel and Jai make a good couple? Leave us a comment on our Facebook page @EntertainmentDailyFix and let us know what you think!