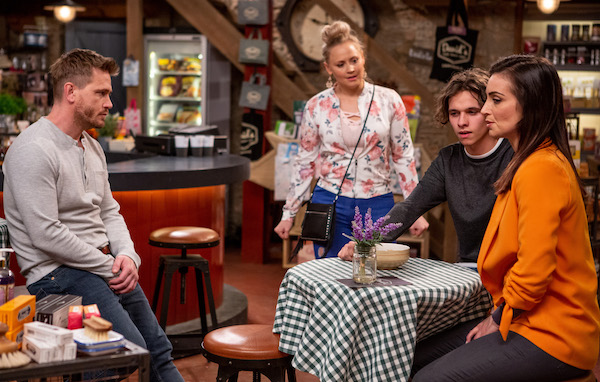 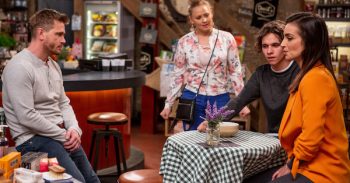 Emmerdale SPOILER: Jacob and Maya on the run

Is Maya going to get away with everything she's done?

This week sees a new twist in Maya Stepney’s grooming storyline as she plans to run away and start a new life with Jacob Gallagher.

Emmerdale fans were left horrified when Maya’s fate was revealed in a series of flashback episodes which revealed what really happened on that fateful night the villagers went clubbing.

Despite thinking that Maya could be dead after she was taken into the woods by Priya, Tracy and Leyla, it turns out she actually survived her ordeal.

But it wasn’t until the end of the flashback episode that Maya was seen hiding in a hotel room with Jacob, who hadn’t gone to Portugal like everyone thought.

But as the pair secretly plan to run away together this week, David is fuming when he discovers Jacob didn’t show up for his first GCSE exam.

Priya is desperate for Jacob to get back to some sort of normality by going to the police and telling them everything that has happened with Maya over the last few months.

But as she tries to reason with him, she has no idea that Jacob knows exactly where Maya is and has secretly been spending time with her.

Jacob refuses to go to the police, and it is clear Maya has still got her claws into him as he heads to the hotel to see her and tells her everything that has been going on at home.

The pair sit and watch the news anxiously, and they know that they need to get as far away from Emmerdale as they possibly can if they’re going to have any chance of being together.

As they plan to move to Newcastle and start a new life, Maya is fuming when she discovers Jacob has double crossed her.

She lashes out when she finds out Jacob has secretly agreed to meet with David before they go, but it’s not long before she has got him wrapped around her finger again when he smashes his phone to prove his loyalty to her.

But as Maya looks like the cat that got the cream, could Jacob secretly be starting to doubt his sickening romance with his teacher?

Realising he now has no phone to contact his family, Jacob starts to worry.

Will he come to his senses before Maya convinces him to leave Emmerdale with her for good?

Do you think Maya will get the justice she deserves? Leave us a comment on our Facebook page @EntertainmentDailyFix and let us know what you think!