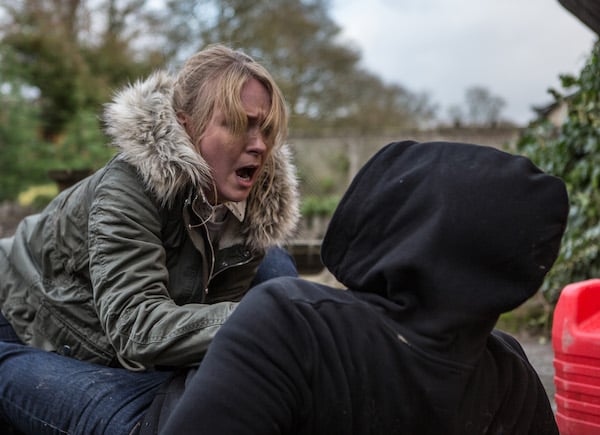 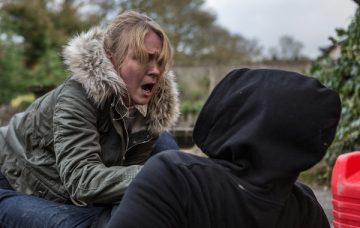 Who do you think will attack Vanessa?

Vanessa Woodfield is going to be stabbed next week and Emmerdale viewers have already met her attacker.

The vet is going to be left fighting for her life after the horror attack after she discovers a hooded figure trying to burn The Woolpack down.

Actress Michelle Hardwick has revealed the mystery assailant is known to fans.

She teased to Digital Spy: “We’ve got to think is it someone from her past, is it a connection to Charity or the Dingles? We’ll have to wait and see.

“The audience has met them before so that’s intriguing isn’t it!? And it’s a he.”

Intriguing! It all starts with Vanessa returning home to find the mysterious man splashing petrol around the bins outside the pub.

But when she jumps out of the car to intervene, leaving son Johnny in the back of the vehicle, it soon becomes clear that confronting the man could be come the last thing Vanessa ever does.

The hooded arsonist doesn’t take too kindly at being interrupted and stops Vanessa in her tracks by stabbing her in the stomach.

The mum of one is shocked, not seeing the violent attack coming, and before she knows what is happening she’s left fighting for her life as the bin fires billow around her.

But just when it seemed the vet’s nightmare couldn’t get any worse, her attacker escapes into the night by stealing her car… the one that still has three-year-old Johnny strapped into the back seat.

As Vanessa collapses to the ground, will any one find her before it’s too late?

And with the villain unaware that he has a small child in the back of the stolen car, what will he do with poor Johnny when he finds him?

If Vanessa doesn’t live, how will anyone know what has happened to her son?

As the fire spreads outside the pub, things don’t look good for Charity’s other half… only time will tell if someone finds her before something tragic happens.

Who do you think attacks Vanessa? Leave us a comment on our Facebook page @EntertainmentDailyFix and let us know what you think!