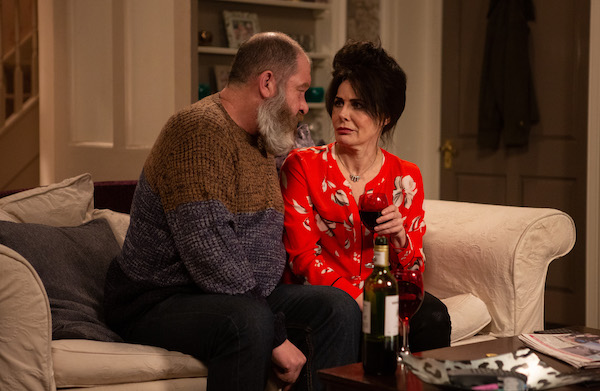 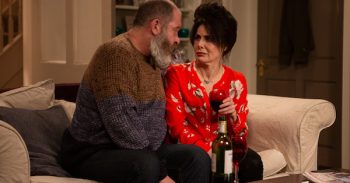 There could be heartbreak heading for Emmerdale as Bear Wolf makes a move on Faith Dingle behind Eric Pollard’s back next week.

Ever since he arrived in Emmerdale, Bear Wolf has been developing something of a soft spot for Faith.

But next week it seems the professional wrestler isn’t going to let something like Faith’s partner, Eric Pollard, get in the way of a little bit of romance.

Getting fed up with not being Pollard’s number one priority, Faith heads to the Woolpack to moan to Chas and Bear about her relationship woes.

But with Bear’s soft spot for Faith getting bigger by the day, he’s more than happy to offer her a shoulder to cry on when she needs to offload about Eric.

However, as the pair are getting cosy in the pub, David is warning Pollard that he had better make amends before he loses his girlfriend to Bear.

Realising that he has neglected his romance of late, Pollard decides he has got some making up to do and dashes over to the pub to tell Faith how sorry he is.

But with his mind on what he is going to say to his other half when he gets to the Woolpack, he’s so distracted that he doesn’t see the car speeding towards him as he crosses the road.

Megan’s momentary lack of concentration behind the wheel of her car could end up costing Pollard his life as he is rushed to hospital following the accident.

But as paramedics get Eric into the ambulance, all he can think about is how he hasn’t had the chance to tell Faith how sorry he is for neglecting her.

Back in the pub Faith is oblivious to the fact Eric has been caught up in a road traffic accident and is getting on the wine with Bear.

But it is clear that Bear has more things on his mind than talking through Faith’s relationship problems when he leans in for a kiss with the Dingle matriarch.

But will his kiss be reciprocated?

As news gets to Faith that Pollard is in a bad way in hospital, she feels awful and rushes to be by his side.

However, things are set to get even worse for Pollard when he takes a sudden turn for the worst and collapses in bed.

David, Faith and Chas watch on helplessly as the doctors rush to Pollard’s aid, but will he be okay?

And if he does pull through, how will Pollard feel when he finds out that Faith was kissing Bear while he was fighting for his life after being run over?