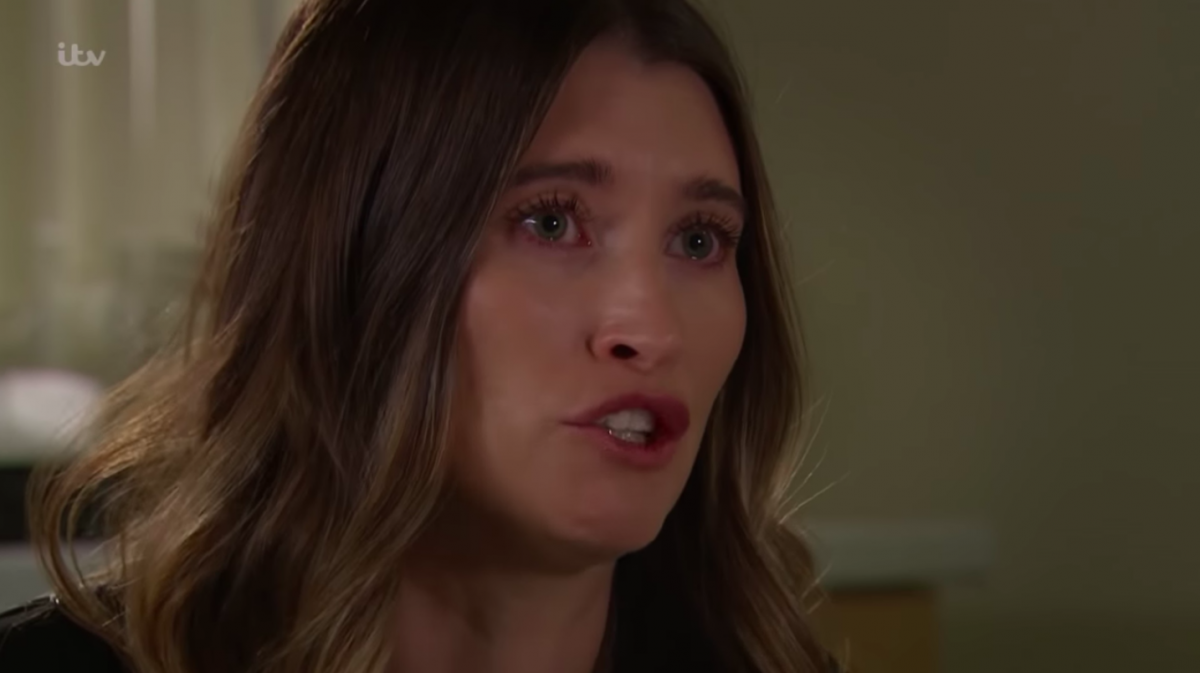 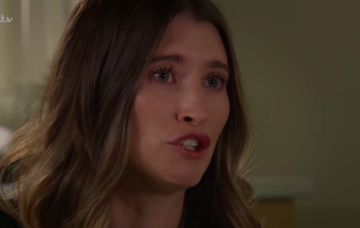 The stressed mum is shocked by something at Home Farm

Debbie Dingle gets a shock when she finds a prenup agreement at Home Farm next week.

She’s stunned and comes to the conclusion that Joe Tate doesn’t trust her and thinks she’s only after his money.

She angrily confronts him and Joe is left stunned because the prenup was actually nothing to do with him.

It’s actually returnee Graham Foster who thinks Debbie has designs on Joe’s money and tries to persuade him to have a prenup drawn up.,

Joe refuses and tells him to drop it but Graham is determined to protect him from his Dingle marriage and he looks up a prenup agreement.

He then leaves it deliberately open so Debbie sees it and she walks right into his trap.

Debs is heartbroken to think that Joe doesn’t trust her and when she pulls him up on it he tells her it was Graham.

But will Debbie believe him? And what will Joe have to say to Graham about his actions?

Debbie was shocked last week when Joe popped the question to her and initially turned him down.

The businesswoman has quite a lot on her plate with her daughter Sarah Sugden facing an agonising wait for a heart transplant in hospital.

And with teenage Sarah changing her mind every two seconds about whether she can bothered to carry on living, Debbie’s quite stressed.

So obviously her boyfriend and former step-brother/nemesis Joe Tate decides it’s the perfect time to take her mind off it by proposing.

Because what else is better to do to take your mind off your dying daughter and totally messed up life than quite a lot wedmin (wedding admin).

And because Joe, despite being a privately educated multi-millionaire, is quite stupid, he decides to ask Sarah first.

After filling her up with junk food,  and presumably clogging up the few arteries she has that are working, while she’s in the cardiac children’s hospital, Joe summons up the courage to ask her.

When a nurse points out that Sarah probably shouldn’t be eating a cheeseburger, Joe feigns agreement and sends his brother and Sarah’s cousin Noah out with the rubbish.

He then tells Sarah: “I need to ask you something.

“It’s about your mum. I want to ask her to marry me and I want to know if I have your blessing.”

Bizarrely, Sarah doesn’t say no, instead breaking into a massive grin at the prospect.

Viewers know that Sarah has gone to previously extreme lengths to get Joe out of her mum’s life, and make her own mother’s life hell.

She even told the police about Debbie’s role in Ross’ acid attack to try and get her sent to prison, so her newfound joy is a level of suspicious that it wouldn’t take Jessica Fletcher to sense.

Will Graham get fired again? Leave us a comment on our Facebook page @EntertainmentDailyFix and let us know what you think!