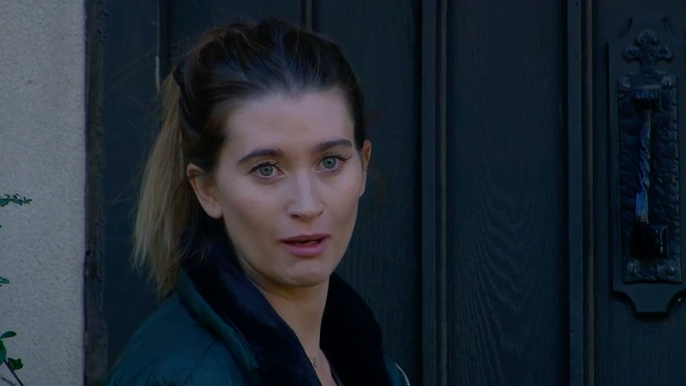 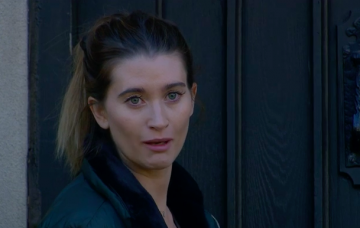 Emmerdale SPOILER: Debbie gets a present from Joe

It's a gift from beyond the grave

Debbie Dingle is stunned when she gets a message from beyond the grave… but how is dead Joe Tate sending her gifts?

After spending the last few months wondering what has happened to her beloved Joe, Debbie is set to be shocked when she gets a gift from her one-time future husband.

But while this shocking gift from Joe leads Debbie to believe once again that this is a sign he is alive and well, Emmerdale fans will know that Joe is dead and buried by Hotten viaduct thanks to Graham Foster.

Back in October Joe and Debbie were all set to tie the knot in an impromptu hospital wedding, and the pair couldn’t be happier at the thought of being a family together, along with Debbie’s daughter Sarah.

But of course things didn’t go to plan, and Kim Tate’s return to the village caused trouble for Joe when she ordered Graham to get rid of him.

After inadvertently standing Debbie up at the wedding, Joe found himself in Cain’s bad books, and was punched in the face for not going through with he nuptials.

To this day, Cain thinks he is the one that killed Joe with that single blow, but viewers know Graham is actually the one with blood on his hands as he finished Joe off before dumping the body.

But when Debbie gets the gift from Joe, she is convinced that this could mean he’s still out there somewhere… until Priya totally rains on her parade.

After cornering Priya at Home Farm, Debbie is shocked (and more then a little disappointed) when she learns Joe was planning to whisk her away on a fancy holiday, and had organised gifts to be delivered to Debbie in the run up to their departure to sunnier climes.

But with Priya forgetting to cancel the holiday, it seems the gifts are also still on order, leaving Debbie upset that maybe Joe isn’t trying to send her a message after all.

However, all this thinking about Joe has got Debbie convinced that something more can be done to find him, so she goes to the police to report him as a missing person.

But of course, what Debbie doesn’t know is she has just landed her dad in it big time.

With Joe’s disappearance now officially on record, how long will it be before the police start asking questions, leaving Cain facing a one-way ticket to jail?

By the end of the week Debbie fancies herself as a bit of a detective and confronts Graham, telling him that she believes he has done something to Joe.

But will he be able to convince her otherwise?

If only she knew the half of it…

How much longer can Cain keep his secret hidden from Debbie? Leave us a comment on our Facebook page @EntertainmentDailyFix and let us know what you think!