But as Jacob becomes more and more infatuated with his schoolteacher, they're about to make an almighty mistake that makes David suspicious - will he find out exactly what's been going on? 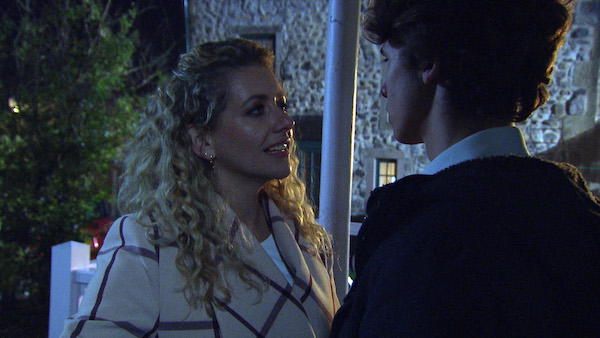 Next week Jacob tries to impress Maya by sending her some shirtless selfies but it doesn't give him the response he wanted. In fact, Maya finds the whole thing comical, until she nearly lands herself in it...

Maya accidentally leaves her mobile phone at the shop and goes to retrieve it.

However, she panics when she sees David and Priya's daughter Amba playing with the phone and snatches it off her.

She scolds young Amba but is relieved to see the pictures weren't discovered, not thinking what other suspicion could have arisen.

The next day she scolds Jacob for sending the pictures as they have a lot to lose if their affair is exposed. 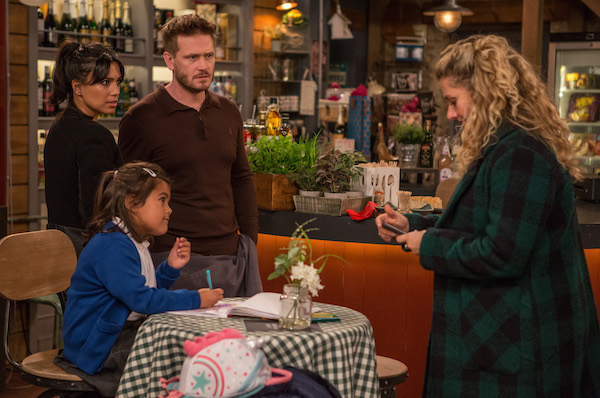 Meanwhile, Priya is suspicious of Maya's overreaction about her phone and tells David she thinks Maya could be having an affair.

David later confronts Maya, questioning why she was so protective over her phone whilst Jacob nervously listens in.

Later the teen is fed up with Maya playing games and deceiving his dad and gives her an ultimatum. 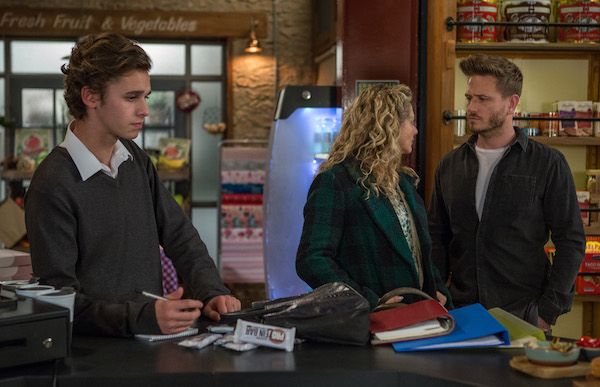 Maya has been secretly grooming David's fifteen year old son Jacob over the past few weeks leaving viewers feeling disgusted. At the end of this week we will see Maya offer Jacob private tuition in attempts to spend more time together.

Is David about to find out the truth?