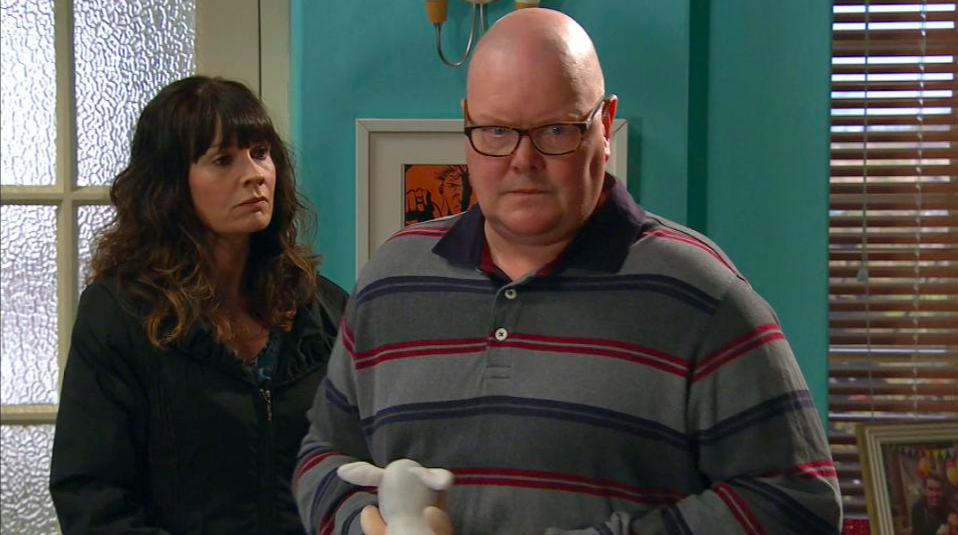 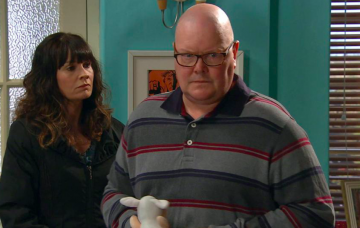 More devastation ahead for the heartbroken pair...

Chas Dingle and Paddy Kirk have already been through more than any couple should have to endure in a lifetime, but it’s not over yet for the soap faves.

Emmerdale viewers have watched in bits as the pair were told their unborn baby would not survive long after childbirth due to the rare condition bilateral renal agenesis.

Scenes earlier this month saw Chas give birth, and then say goodbye to newborn daughter Grace.

Now the pair must come to terms with the horror of their loss.

In heartbreaking scenes to air over the coming months, they both struggle to cope and tragically even end up pushing each other away.

Could it be the breaking point for their relationship?

The sad scenes will follow the emotional funeral of Grace, due to air tonight (Thursday 25 October).

Understandably the death of baby Grace has hit both parents hard, with Chas lashing out at those close to her including Paddy and her mum Faith.

This week’s episodes have shown Chas take out her anger on Paddy several times, most recently when they were discussing funeral arrangements.

Viewers have also seen Chas describe their relationship as “cursed” for all the bad luck they’ve experienced.

In upcoming scenes, the pair become more and more estranged and distant from one another.

Paddy has been bottling his own grief up in a bid to protect Chas, but could he be heading for an emotional breakdown?

In a recent interview, Dominic Brunt – who plays Paddy – said: “Chas and Paddy are set to struggle in their own ways for a while.”

Do you want Chas and Paddy to stay together? Leave us a comment on our Facebook page @EntertainmentDailyFix and let us know what you think!