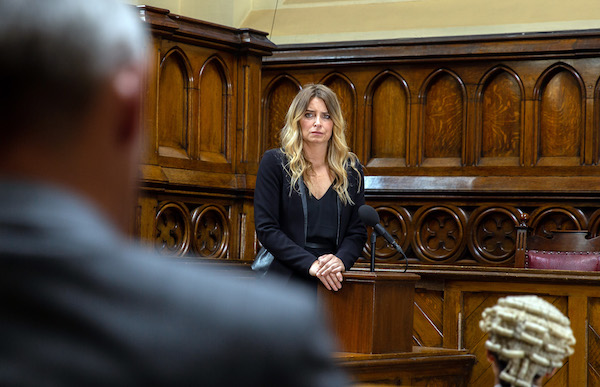 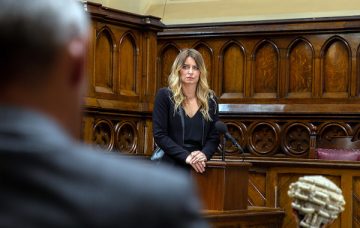 It’s a huge week for Charity Dingle as evil DI Bails’ goes on trial for raping her and holding her hostage when she was a teen.

As the week begins, the pressure is clearly getting to the pub landlady and her son Ryan is upset to see how distressed she is.

Hoping he can help, he calls Bails – who is his biological father after raping teenage Charity – and begs him to plead guilty.

But Bails will do no such thing and a furious Ryan ends up attacking him!

Cain later tells Charity that Ryan has been arrested for assaulting Bails, which does nothing to calm her nerves, even though he assures her everything will be alright.

Charity prepares to to give her evidence and breaks down as she recounts the abuse to the jury.

She’s pleased to see sons Ryan and Noah both turn up to support her but feels she has blown it after crumbling as the defence question her.

When Bails takes the stand to speak, she’s left stunned as he tries to convince the jury that he had genuine feelings for Charity.

She’s even more horrified when his wife Chloe gives evidence and lies under oath to back up her husband’s version of events.

Back at home, Charity breaks down again, certain that Bails will walk free.

As the day of the verdict arrives, Cain arrives to find Charity struggling and defeated.

She’s convinced herself that Bails will be found not guilty and Cain tries to comfort her.

Faith then arrives with the news that the jury have reached their verdict.

Will evil Bails be found guilty or will he walk free and continue to harass Charity and Ryan?