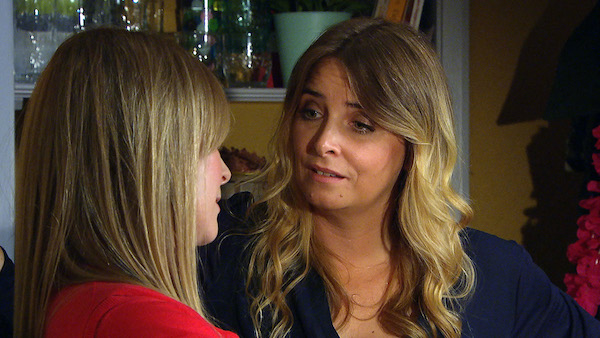 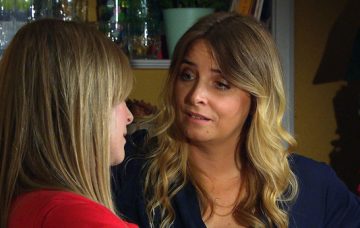 They finally cement their relationship. Yay!

It’s a huge week for fans of Vanity next week as the pair finally declare their love for each other.

And let’s face it, Charity needs something good to happen in her life after the trauma of DI Bails’ trial and having to relive her rape horror in front of the judge and jury.

Charity’s still struggling to hold it all together as the week kicks off and finds herself hitting the bottle -heavily – as she tries to block everything out.

And she’s still trying to push everyone away as she rails against her family for not stepping in when she was kicked out on the streets by her dad as a teen.

Drunken Charity decides she’s going to find her dad for some answers and grabs Zak’s keys before stealing his van and swerving off into the night.

The next thing she knows, she’s waking up in a field and a very irate farmer calls the police on her. Oh dear, Charity.

Luckily she’s let off with an unofficial warning and when she gets back home she tells the Dingles that she was looking for her dad.

Zak tells Chas that he knows where Obadiah is and – with Vanessa by her side – Charity sets off to confront her father.

But what will happen when she gets there?

Will she be pleased that she made contact? Will he be able to give her some answers?

Or will she regret letting him into her life?

Whatever happens, it leads Vanity to saying the ‘L’ word to each other. And that makes us happy.

Emma Atkins recently spoke out about rumours of Vanity tying the knot in the future – and it wasn’t great news, ngl.

he went on to marry Jai Sharma and Declan Macey, and her most significant long-term relationship was with Cain.