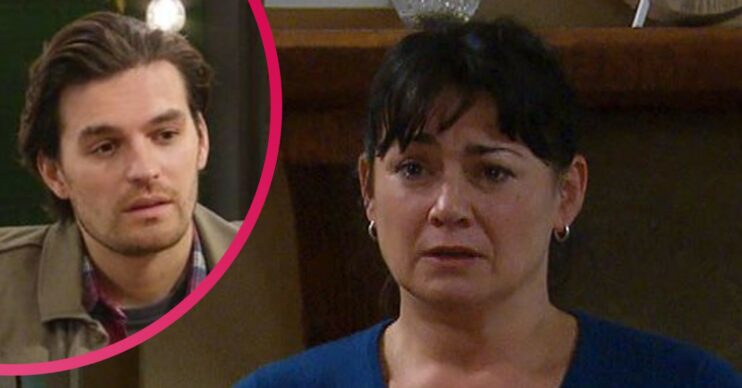 What is the farmer's relationship to Mack?

The farmer has long been suspected to be more than just Mack’s older sister and last night the soap gave fans another clue.

In a furious clash with Mack’s girlfriend Charity Dingle, Moira was told: “You’re not his mother!”

She hit back a little too fast insisting she was Mack’s sister, leading to fans to think the bombshell twist will soon be confirmed.

One soap fan said: “I do have a feeling Moira is going to be Mack’s mum.

“She’s too protective.. but I don’t know Mack’s age to determine if this will become a thing #Emmerdale”

“I’ve got siblings & it wouldn’t bother me at all if I didn’t see them growing up! They were so annoying & cramped my style.”

Meanwhile Moira has vowed to destroy Charity if she hurts her “brother” again.

In last night’s episode (April 1), as Mack went to pack his bags to move into Charity’s cottage, Moira remained behind for a word with her.

Charity told her: “I love him Moira. I know you don’t believe that but I do.

“He’s the closest thing to the one that I’ve ever got. And I can’t picture him not in my life. Cain gave you a second change.

“If you’re not prepared to give me one knowing full well that I didn’t even kiss Vanessa then you’re a bigger hypocrite than I thought.”

But Moira was furious at the low blow and warned her off.

She said: “If you hurt him again I will come after you when you least expect it.

“And then I will make you pay.”