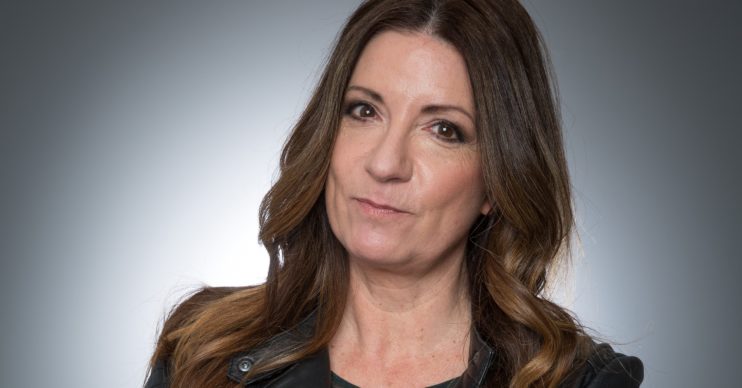 Emmerdale shock as Malone reveals he left his wife for Harriet

They were deadly serious

Emmerdale fans are in shock after evil DI Malone revealed he left his wife for Harriet.

The corrupt cop shares a history with the police detective turned vicar and it turned out to be more than anyone expected.

As the pair argued about their past, Malone asked if the villagers knew why she’d really left the force.

Ans then he dropped the bombshell that they had been having an affair and he insisted he still had feelings for her.

“Does your wife know that?” she asked – and got the shock of her life in return.

He said: “Yeah, I left her for you. I wanted to prove I was serious. I told her everything, my big plan to win you back. Would you have given me a chance if you’d known?”

But as he got closer Harriet savaged him: “You were a lying cheating dog. You’re still a sadistic power-hungry thug. You are everything I despise in a copper. Keep away from me.”

Viewers were in shock at the scenes and convinced the pair would reunite.

One said: “Harriet and Malone have so much chemistry omfg #Emmerdale”

A second said: “Why can I see something happening with the Harriet and Malone #Emmerdale”

A third said: “Harriet really does have a thing for bad boys clearly don’t she? Cain, Will, Malone whose next? #Emmerdale”

However – it seems Harriet will have a change of heart in her pure hatred of evil Malone.

An affair in the making?

By Monday (May 18) it seems old feelings die hard as Harriet and Malone continue to argue, but the chemistry is sizzling.

Seeing she’s angry he offers to leave, but it’s clear he doesn’t actually go because when Dawn arrives at the church later, we see Malone buttoning up his shirt.

Dawn is none-the-wiser, but Harriet is soon telling Malone they were a mistake and it can’t happen again. But does she really mean it?

Wracked with guilt and full of self-loathing, Harriet doesn’t know what to do when Malone texts asking her to meet again – and she doesn’t immediately say no…

Meanwhile, Will is hopeful he can win Harriet back – if only he knew!

Billy offers Will some advice on women and Will comes up with a plan. However, there’s every chance Billy isn’t the best person to ask and this could go badly.

Is Will about to make everything worse with Harriet? Or will her guilt over Malone mean she forgives Will whatever he does?