Viewers of Emmerdale were in shock after Aaron Dingle had a seedy daytime hookup.

Mechanic Aaron has been struggling after husband Robert cut off all contact with him when he was sent to prison for 14 years for murdering Lee Posner. 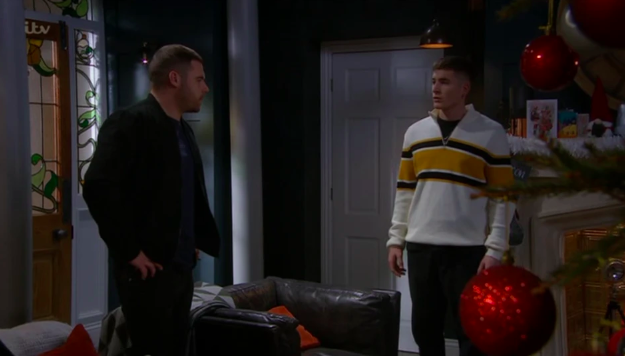 The only contact Aaron has had with Robert has been divorce papers from his solicitors, and it has certainly had an effect.

After weeks of crying and wailing, Aaron decided to move on by arranging for a visit from a gentleman caller.

But it all went a little bit wrong.

The man he brought back was hurt that Aaron wanted to kick him out immediately afterwards and when he found the 'world's best husband' mug, he confronted Aaron.

"If you wanted a hookup, there's an app for that," he told him before asking him if he got his kicks by waiting for his husband to catch him cheating. 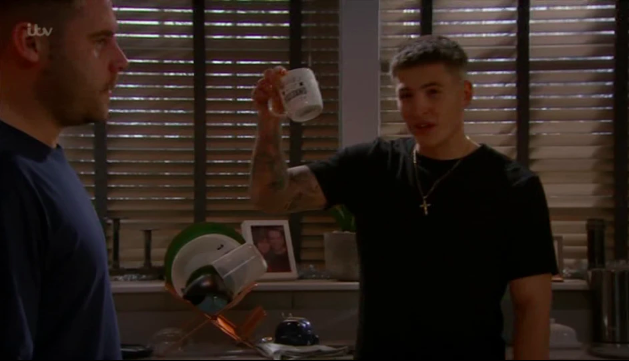 Aaron broke down at what he had done and heartbroken viewers accused him of cheating on his husband - and slammed the soap of ruining the former couple.

One said: "[Expletive] you, Emmerdale, Aaron would never cheat, would not do that to Rob and to none other, [it's] not in his character. Since 2017 you have [had] no respect for them individually, Rob/Aaron/as a couple #Robron. You do everything to ruin them/erase them because you hate them."

A second said: "Emmerdale, why are you doing this to us? Aaron is not ready for hook ups of any kind, he is hurt angry and still madly in love with Robert - the man who is his soulmate and love of his life.

Read more: Emmerdale fans predict role of Bernice Blackstock could be recast for a 'Christmas return'

"I don't understand why you want to destroy five years of building up these two characters."

Emmerdale why are you doing this to us. Aaron is not ready for hook ups of any kind he is hurt angry and still madly in love with Robert the man who is his soulmate and love of his life. I don’t understand why you want to destroy 5 years of building up these two characters

A third said: "Why are #Emmerdale [bosses] so determined to [expletive] on anything #Robron... Aaron and Robert's love story carried that show, at least show them some bloody respect!"

A fourth said: "Just the way #emmerdale [is] writing this feels so wrong to me, when it comes to #Robron. I might not like the idea of Aaron moving on in any way with someone else, even for a [one night stand]. But I could wrap my brain around it if this was being written better."

What did you think of Aaron moving on? Leave us a comment on our Facebook page @EntertainmentDailyFix and let us know what you think!