Viewers of Emmerdale were in bits last night, when Sam Dingle asked his son Samson to be his best man during an emotional chat.

On Wednesday night (March 11), Samson came home and found Sam waiting for him to have a "chat". 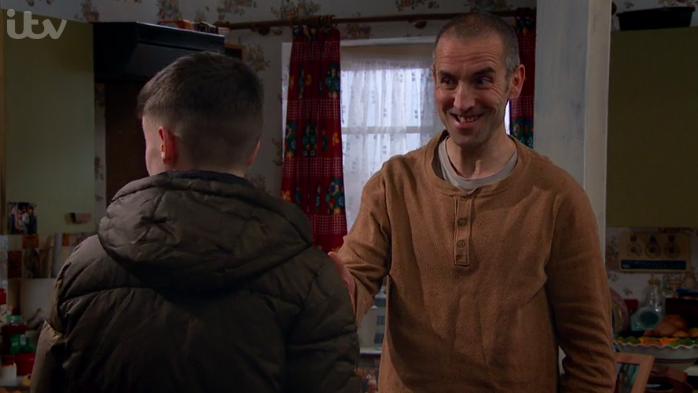 Sam asked Samson to be his best man (Credit: ITV)

Worried he was in trouble, Sam reassured him he wasn't, but that he just wanted a chat "with his best man".

It's what I watch soaps for - family and heart.

When Samson looked shocked, and asked "what me?" dad Sam replied: "Well there's no one better for the job, is there?"

Sam and his son then sat down to have an emotional chat, where Sam reassured Samson that his mum Alice would not be replaced. 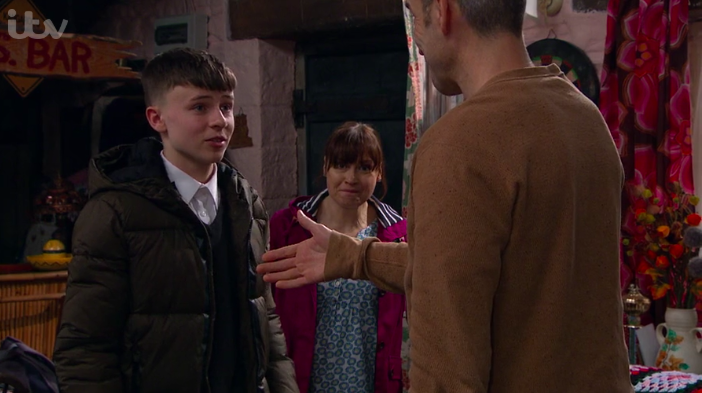 Samson was honoured to be asked to play such an important role (Credit: ITV)

In heart-wrenching scenes, Sam explained that when he and Lydia get wed, they will exchange rings.

Fighting back tears, he went on to say: "I've worn your mum's ring every day since I lost her. Whenever I felt sad or worried or I missed her, I'd look at it and it was as if she was here. 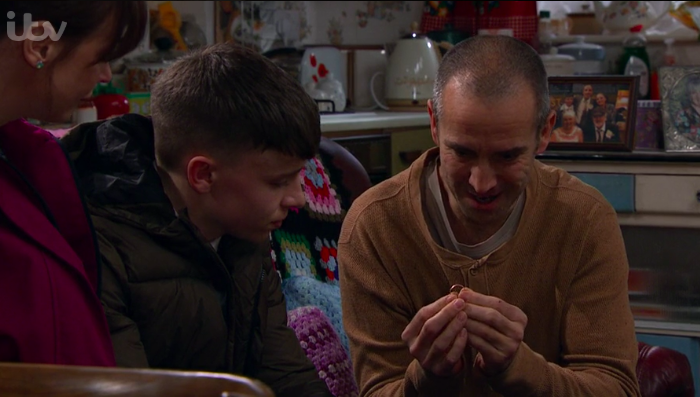 Turning to Samson, he said: "You are old enough not to lose it. So wear it, and your mum will look out for you. Just like she's looked out for me all these years.

"And one day you might find someone you love enough to give that to, just like I loved her."

Lydia added that Alice would be proud of her son.

Understandably, soap fans were left sobbing watching the scenes, with one tweeting: "Vanessa telling her family about her cancer and Sam telling Samson about his mum Alice were both utterly heartbreaking but brilliantly done."

The parallels of Sam remembering Alice and Vanessa telling her loved ones about her own illness has been beautifully written tonight. I’ve shed a few tears. #Emmerdale

Another said: "Amazing scene... Well done to all involved, writers, actors etc. Love Emmerdale when it gets it right like this."

A third said: "This is a beautiful moment - wonderful acting from James Hooton, Sam Hall and Karen Blick. It's what I watch soaps for - family and heart."

"Well done Sam, this really choked me," said another, while one more said: "The parallels of Sam remembering Alice, and Vanessa telling her loved ones about her own illness has been beautifully written tonight. I've shed a few tears."

Viewers know that Alice died in 2006. 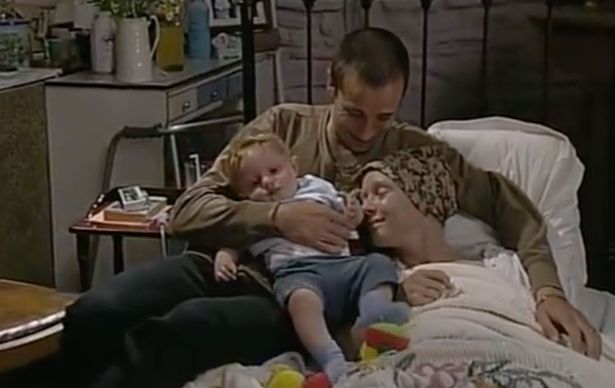 Sam and Alice with baby Samson moments before she died (Credit: ITV)

Sam's girlfriend discovered she had cancer while pregnant with Samson.

She delayed chemo in a bid to save her baby and, against all advice, refused to abort her child and gave birth to baby Samson prematurely in January 2006.

Although she eventually had chemotherapy, she stopped treatment when doctors told her it wasn't working.

She and Sam married in a bittersweet wedding ceremony.

After several weeks of pain, Sam helped Alice take her own life by giving her an overdose of morphine.

Sam has since found love with fan favourite Lydia.

What did you think about these scenes? Leave us a comment on our Facebook page @EntertainmentDailyFix and let us know what you think!