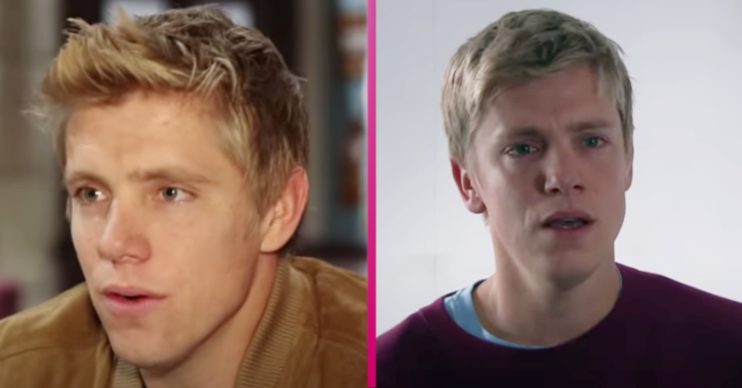 Emmerdale star Ryan Hawley has welcomed a baby with his wife, his former co-star Isobel Steele has revealed.

Ryan played Robert Sugden in the ITV soap from 2014 until 2019. However Ryan left the show when his character was sentenced to life in prison.

Recently actress Isobel Steele, who plays Robert’s now former sister-in-law Liv Flaherty, has spoken how she would love Ryan to come back, but isn’t sure if it will happen as Ryan just welcomed a happy new addition to his family with his wife Daisy Prestes de Oliveira.

Read more: Who dies in Emmerdale next week? Bookies release their favourite odds

Speaking to Digital Spy, Isobel said: “Me and Danny [Miller] spoke about this the other day actually.

“We do miss Ryan a lot. We were really close when we filmed together.

“When you’re filming every day, you become really good friends.

“We do miss that dynamic and I know the fans do as well.

She added: “Hopefully they convince him to come back! He’s just had a baby, so I don’t know how soon he’d be coming back, so fingers crossed.”

Why did Ryan leave Emmerdale?

In June 2019, it was reported in The Sun that Ryan would be leaving the show to try other projects.

At the time, an ITV source told the publication: “Emmerdale fans have loved every minute of Robron’s story, and what Ryan has brought to playing Robert.

“But he has decided to take a break from the show for the foreseeable future and try other projects.”

In 2019, Robert’s sister Victoria was raped by Lee Posner, which resulted in her falling pregnant.

But when Lee began harassing Victoria, Robert lashed out, hitting him over the head.

Lee was taken to hospital and a few months later he died as a result of his injuries. After Lee’s death, Robert was sentenced to life in prison.

When he was moved to prison on the Isle of Wight he said goodbye to his husband Aaron.

But he later filed for divorce to Aaron’s shock.

Will Robert Sugden ever return?

Whilst it is unknown if Robert will ever return, the character is set to be in prison for life.

However anything is possible in soap land.