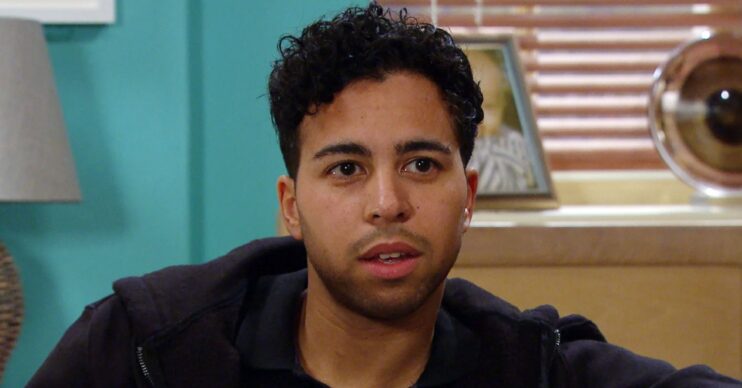 The actor stars as Ellis Chapman in the ITV soap

It comes after previous claims of an unidentified actress being upset about an inappropriate comment made during filming.

According to reports, Aaron has since quit after being annoyed about the alleged behaviour of two Emmerdale colleagues.

The actor, who plays Ellis Chapman, has apparently told show bosses he won’t return when his contract runs out.

Read more: Where to see your fave Emmerdale stars in panto this year

What reportedly happened on the Emmerdale set?

It was reported that a mixed race actress was upset after her accent was mimicked during filming.

The cast members have remained anonymous.

However, they have denied any wrongdoing.