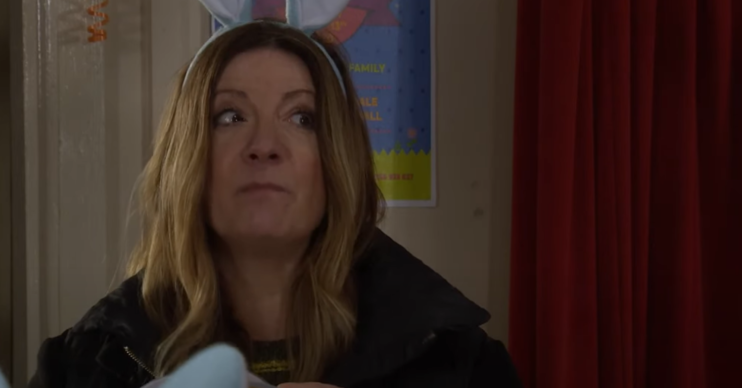 It was Easter on Tuesday night in the village

Emmerdale has issued a reminder to fans complaining that the Easter egg hunt was on television last night that the show is currently out of kilter.

As a result of coronavirus, the soaps have all had to shut down filming and have reduced the number of episodes broadcast.

When the decision was first made, ITV released a statement explaining it would mean episodes were screened later and even referenced Easter as one of the events that wouldn’t be shown on the correct date.

But that didn’t stop some people complaining on Twitter last night (Wednesday, April 29) as the villagers gathered for an egg hunt.

Harriet had organised it, but Laurel took charge and as the kids excitedly hurried off on the hunt, viewers at home were left irritated.

Emmerdale at Easter is out of sync

This is the longest Easter!

It didn’t take that long for Jesus Christ to rose from the grave.

It was three days!

Will Easter ever end 🙄 #emmerdale

And now it is Easter Sunday on #Emmerdale. No doubt it will be on #CoronationStreet, too. How are they ever going to resolve this after the #lockdown? Run three back to back episodes of each of them every night for months? How, exactly?

Oh terrific not only is DI Malone back, we’re still stuck at #Easter! #Emmerdale @JillHudson21

@emmerdale How disjointed is Emmerdale they are on about Easter 🐣 hunts. The schedule change has really confused things. #Emmerdale

I know Yorkshire folk are a bit slow, but it’s still Easter in #Emmerdale, really?

It’s weird the soaps still going on about Easter, I can barely remember it even happening 🥴 #Emmerdale

But Emmerdale gently hit back by issuing the same reminder they’d previously put out and reinforced the fact the circumstances were beyond their control.

“FILMING REMINDER,” they wrote, “In the coming weeks some episodes of Corrie and Emmerdale will understandably be out of kilter due to the temporary transmission pattern for both programmes which took effect from Monday 30 March.”

FILMING REMINDER: In the coming weeks some episodes of @itvcorrie and @emmerdale will understandably be out of kilter due to the temporary transmission pattern for both programmes which took effect from Monday 30 March.

As well as Easter, their commemorative VE Day episode will also screen later than the date itself.

The big news at the Emmerdale Easter egg hunt was the reveal of Belle and Jamie’s affair to his wife, Andrea.

Although after spending time with Jamie’s daughter Millie, Belle had decided to end their fling, she was soon reunited with her lover behind a tree, declaring their love.

However, Andrea heard everything and was left distraught.

After breaking down later this week to Leyla, Andrea decides to fight for her marriage rather than confronting the cheats.

She will make Belle feel very uncomfortable when she demands she and Jamie go on holiday together right in front of Belle.

Even though Jamie promises Belle he’ll get out of it, Andrea manages to convince him and it looks like Jamie will be playing two women for a while yet.

Elsewhere, Malone got Will, Billy and Cain to agree to another job, promising it would be their final one.