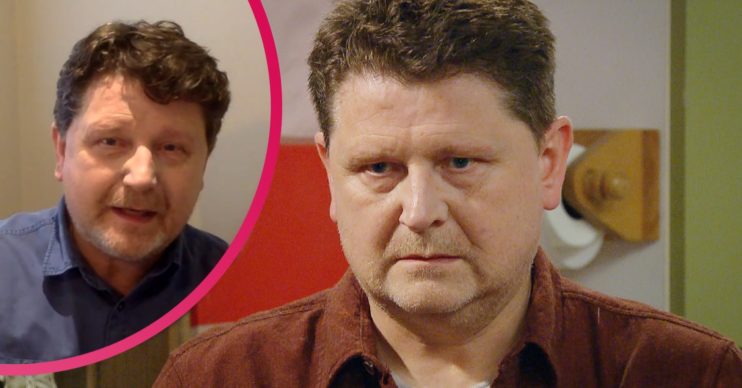 Emmerdale: Reece Dinsdale told off after ‘blowing a few secrets’ on This Morning

Reece appeared on This Morning earlier this week

Emmerdale star Reece Dinsdale was told off by Sharon Marshall when she revealed he ‘blew a few secrets’ during his appearance on Monday (March 29).

In this week’s episodes of the ITV soap, Jimmy will lose control over his truck and end up crashing into farming buildings.

Meanwhile Mandy and Paul have been preparing for their big day. But Liv has become increasingly suspicious about Paul, determined to find out who hurt Vinny.

Emmerdale has confirmed at least one character will die.

Emmerdale: Reece Dinsdale reveals a fourth character will be in danger

It was revealed three characters’ lives will hang in the balance. However Reece let slip during his appearance on This Morning that there was a fourth person who could potentially lose their life.

Speaking to Holly Willoughby and Phillip Schofield: “The week is fantastically done.

“At the beginning you see three beds in the hospital. And if I’m correct, you don’t see who’s in the bed, but you might see who’s visiting the beds.

Read more: Where is Emmerdale filmed and cans visit?

She said: “So Reece was on yesterday for Emmerdale and blew a few secrets.” She then jokingly told him off saying: “You weren’t supposed to know there was four people, Reece!”

You weren’t supposed to know there was four people, Reece!

Although viewers know there is another victim, Emmerdale has remained tight-lipped on who will die.