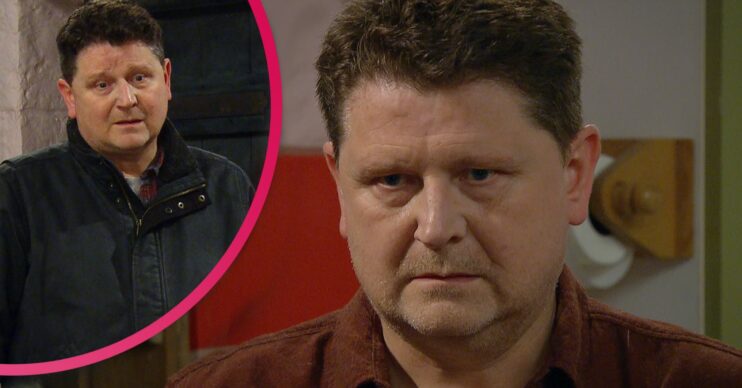 Emmerdale: Reece Dinsdale quits soap for a second time – but will he be back again?

Reece played Paul in the soap

Emmerdale star Reece Dinsdale has revealed he’s left the soap for a second time, however he’s also hinted he could be back.

Reece played Paul Ashdale in the ITV soap from April 2020 until March 2021, when his character was killed.

The gambling addict died on his wedding day after being hit by Jimmy King’s van, crushed under a fallen beam in the wedding barn and being caught up in an explosion.

However Reece returned to the soap not long later working behind the camera as a director.

Yesterday (Thursday, November 11) he wrote in a tweet: “My final Emmerdale (for now) is the first up of tonight’s two.

“Thanks yo those of you who sent me messages and tweets saying how much you’d enjoyed them.

“It’s a learning curve & I’m looking forward to doing more for your entertainment in 2022.

My final Emmerdale episode (for now) is the first up of tonight’s two.
Thanks to those of you who sent me messages & tweets saying how much you’d enjoyed them.
It’s a learning curve & I’m looking forward to doing more for your entertainment in 2022.
Enjoy this evening’s show! x pic.twitter.com/wvvfWLtaLy

One wrote: “Loved Mondays and Tuesdays episodes Reece, keep up the good work.”

Emmerdale isn’t the first soap that Reece has worked on. Reece played Joe McIntyre in Coronation Street from 2008 until 2010.

His character was the father of Michelle Keegan’s character Tina. Joe died in 2010 when attempting to fake his own death to get life insurance paid out to wife Gail.

He ended up drowning in a lake for real leaving Gail and Tina devastated.