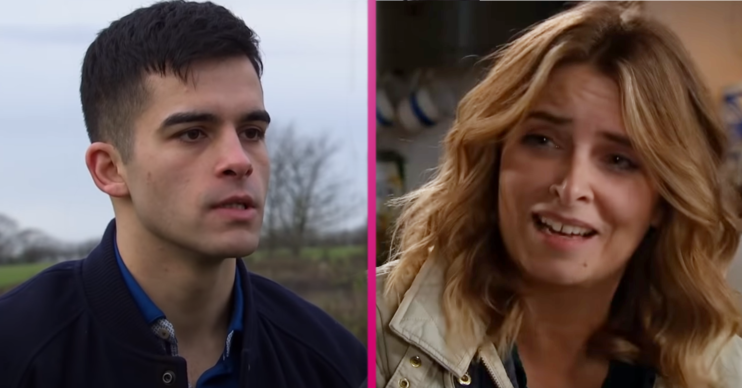 Emmerdale recasts role of Kirin Kotecha – who is the new actor?

Emmerdale has recast the role of Kirin Kotecha and the character will be returning in just a few weeks’ time – who is the new actor?

According to Digital Spy Kirin will be returning in Autumn for a guest stint. However actor Adam Fielding won’t be returning to the role.

Who is the new actor playing Kirin in Emmerdale?

The publication revealed that Kirin will be played by actor Rish Shah and he will make his first appearance in a few weeks.

Rish has appeared in popular TV shows such as Doctors, Casualty and Years and Years.

Kirin will appear in a few episodes as part of the ongoing storyline which sees Charity trying to adopt Vanessa’s son Johnny.

Over the last few months, Charity has been desperately trying to to track down Kirin to get his permission to adopt his son.

With Vanessa having treatment for bowel cancer, both she and Charity are desperate to get the adoption process done.

Emmerdale: Why did Kirin leave?

Kirin first arrived in the village in 2014 and had a romance with Vanessa.

Vanessa ended up getting pregnant, but was unsure who the father of her son was as she also had a one-night stand with Adam Barton.

The vet had a DNA test done on her son which revealed Adam was the father. But it turned out Kirin’s dad Rakesh changed them as he didn’t want Kirin to be a father so young.

After it was revealed Kirin is Johnny’s dad he struggled to adapt to fatherhood.

Carly Hope walked in on Kirin about to harm the baby and told Vanessa.

Not long later, Kirin ended up killing Tess Harris in a hit and run and went on the run.

What is old Kirin Adam Fielding up to now?

Since leaving Emmerdale, Adam has gone on to appear in In the Dark and Krypton.