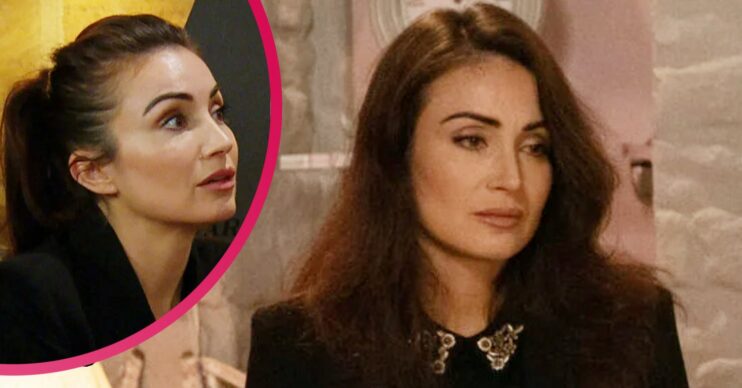 The storyline makes absolutely no sense at the best of times

Emmerdale is having a nightmare with one particular storyline at the moment: Leyla’s cocaine habit.

Leyla Cavanagh and her shocking drug addiction has become one of the main stories in the ITV soap – but it makes no sense.

Here are some of the bigger blunders in the plot.

How has Jai not guessed Leyla is on coke in Emmerdale?

He’s no Jessica Fletcher admittedly, but a former cocaine addict should really be able to recognise the signs.

And now he’s found her credit card by the sink in the toilets at The Hide after she had a big night out there, during which she seemed off her head.

Yet Jai has not managed to join the dots and work out what his former lover is up to.

Has he really not cottoned on?

Is he just stupid?

Or is he just pretending not to have noticed so as not to get involved with the drama?

How has anyone not noticed for that matter?!

Leyla’s husband is a doctor. Yet we’re expected to believe he’s never come across addicts before? He can’t spot the pattern of behaviour emerging?

Meanwhile, Priya works with Leyla on a daily basis and Leyla is often snorting cocaine in the office.

But Priya hasn’t picked up on anything odd, nor seen any remnants of suspicious white powder anywhere? Strange.

Suzy seems to be the only one who has noticed and she’s only known her five minutes.

Either Jai Sharma has a selective memory, or early onset dementia thanks to the amount of Colombian marching powder he’s huffed up his nostrils.

He was at the wedding where Suzy gave Holly Barton the money to buy drugs – he should recognise Suzy from it.

And the fact that he and Holly were close means he would – or should – have known her.

The question remains: Is he just stupid?

Or it is because the plot demands it?

Of all the ridiculous blunders in this storyline, this one takes the biscuit.

Leyla has gone from being a little bit shifty, secret phone calls, furtive looks, to being a full-blown coke addict who can’t go more than five minutes with a line.

She couldn’t even cope with one evening with her husband and son without it.

She seems to be high all of the time.

How can Suzy just stop without any issues?

In Emmerdale, you can’t just take a drug – you become ridiculously addicted to it.

See Leyla and how she is acting at the moment.

But then there’s a curious problem in that Suzy, who has been using for years and years – hasn’t had a problem stopping.

She cut herself off cold turkey and doesn’t even seem like she’s that bothered. Curious!

Line after line would undoubtedly have an affect on a person – ask Danniella Westbrook – but not Super Suzy.

She looks like the only white powder she’s been near is flour for when she’s baked some buns for the local WI on one of her charity missions.