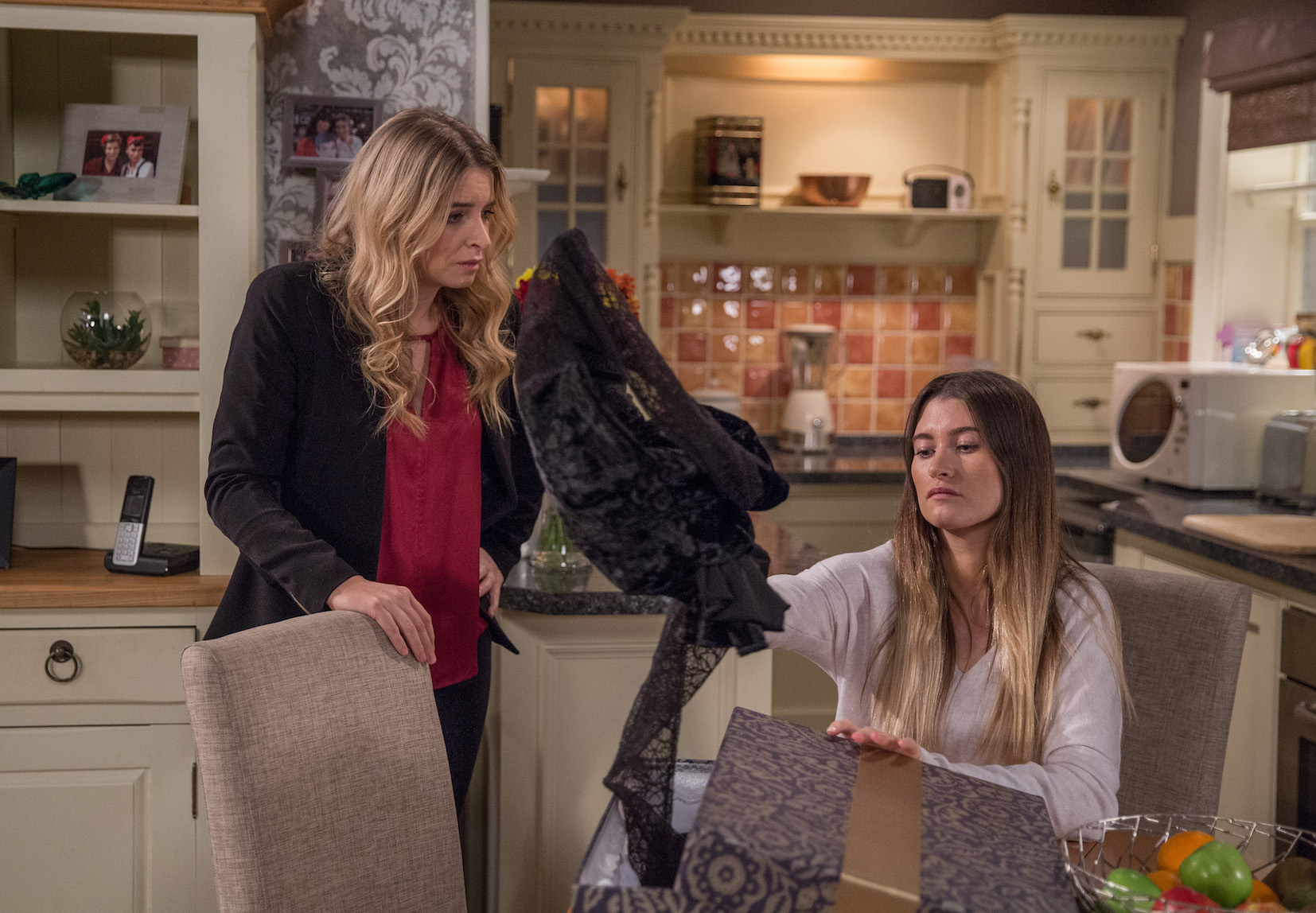 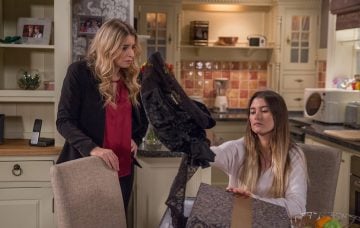 They play mum and daughter on the soap

Emmerdale stars Emma Atkins and Charley Webb have paid a touching tribute to their real-life friendship by getting matching ear piercings.

The soap pals, who play mum Charity Dingle and daughter Debbie Dingle in the ITV show, revealed their new modifications to Emma’s near 70,000 Instagram followers earlier this afternoon.

“So we didn’t swap blood but we did the next best thing,” Emma captioned the snap, adding in a couple of ear emojis to highlight the placement of their teardrop-shaped earrings.

Fans were delighted to see the close friends mirror each other, hailing the pair as “soul sisters”.

“Omg so cute!” Instagram user @kadyatherton commented on the snap.

“You two are so close it’s so lovely,” added @mollington_x.

And @jesspink remarked: “Great to see such a bond off screen as well.”

Meanwhile, user @nicolakennedy82 had another suggestion for Emma and Charley to mark their friendship in the future.

“Dingle tattoos next!” she said.

However, despite being close, Emma, 43, admitted earlier this year she had no idea about Charley’s surprise wedding to castmate Matthew Wolfenden.

Telling The Sun she thought the hush hush bash was supposed to be for Charley’s 30th birthday, the soap fave joked she spent the entire party being “gobsmacked” by the nuptials.

“Nobody knew,” she said.

“It was an entire evening of: ‘Did you know?’ ‘No, did you?’ I walked around the whole night gobsmacked.

“It was the best way to do it. It was an incredible party and a very special celebration. It was like a dream.”

Emma is nominated for a Best Actress gong at this evening’s Inside Soap Awards – and heavily tipped to win.

She will be up against Lucy Fallon (Corrie), Catherine Tyldesley (Corrie) and Bonnie Langford (EastEnders) for the prize.

Emmerdale has 12 other nominations at the awards bash, second only to Corrie which has 18.