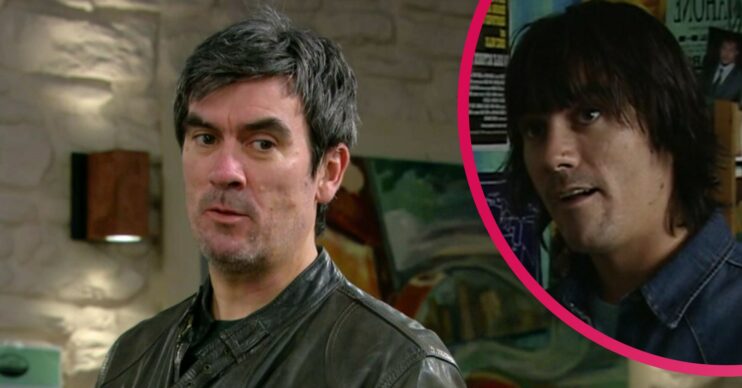 The village badboy has always been a criminal in the soap but fans watching Classic Emmerdale on ITV3 have been reminded just how awful he used to be.

In a shocking storyline from 2001, Cain was seen grooming and abusing a 15-year-old girl.

He seduced underage Ollie as part of a vile revenge plot against her mother.

The sick scenes saw Cain try to arrange for the mother to catch him with her daughter because she ended their affair.

Instead of being caught by Angie, he was caught by her dad Len.

A scuffle happened and Cain pushed Len over a balcony – leaving him for dead with traumatised Ollie with him.

In the decades since this happened Cain has never paid for his crime.

And soap fans are demanding justice for Ollie.

One said: “By rights his character should be on the sex offenders register for going with underage girls.

“Maybe he should be sent to prison if Ollie came back & reported him?”

A second said: “I just realised something back in the old days of Emmerdale why didn’t Cain Dingle get arrested because he groomed Ollie at the age of 15, she was only a little girl?”

A third said: “Watching the classic shows and was shocked to see 25 yr old Cain grooming then sleeping with 15 yr old Ollie Reynolds.

“Sadly it seems justice in Emmerdale was lacking even then.”

Read more: OPINION: Emmerdale and Coronation Street are focusing too much on the teens

|Maybe they could bring historical charges against him.”