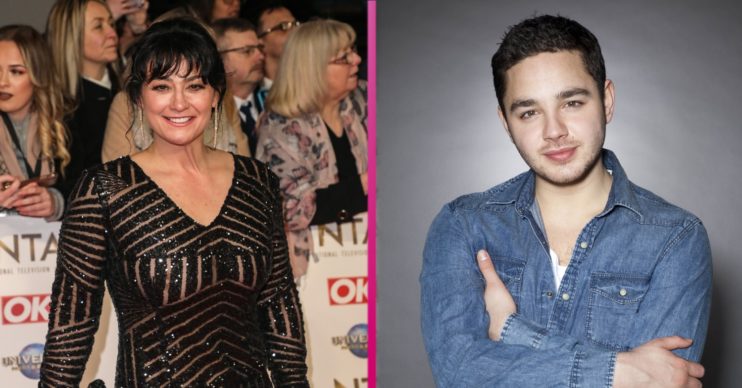 Emmerdale star Natalie J Robb has revealed she would like to see Moira’s son Adam Barton return to the village.

Adam was played by actor Adam Thomas from 2009 until 2018, when the character when on the run.

However actress Natalie, who plays Moira in the ITV soap, has revealed she wants Adam Thomas to come back as Moira’s son.

Speaking to Inside Soap magazine: “Awww, Adam was Moira’s pride and joy, she always called him her ‘sunshine.’ It broke her heart when he went on the run.

“I like that Moira still talks about Adam and Holly (Moira’s daughter, who died of a drug overdose in 2016), even though they are gone, and I hope Adam Thomas comes back at some point.”

Emmerdale: What happened to Adam? Why did he go on the run?

In 2017, Emma Barton seemingly fell off the Hotten viaduct. However an autopsy revealed she didn’t fall – she was pushed.

A flashback later revealed that it was Moira who pushed Emma during an argument.

In an attempt to save his mum from prison, Adam confessed to his aunt’s murder.

On the day of his sentencing, his best friend Aaron and stepdad Cain ambushed the prison van and broke Adam out.

They took Adam to the docks giving him a new passport and money. He soon got on a cargo ship and fled the country.

Later it was revealed Adam had started to build a new life for himself in Budapest. But will he ever return to the village?

What has Adam Thomas been up to since leaving Emmerdale?

In May 2018, Adam and his wife Caroline welcomed their second child a daughter named Elsie-Rose.

In 2019, the actor appeared in an episode of Moving On, playing a character called Rob. He also had a main role in TV series Pitching In, playing Jase.

The same year, he became a presenter on I’m A Celebrity: Extra Camp.

Earlier this year he was a contestant on the new ITV show Don’t Rock The Boat.

Adam, along with his brothers Ryan and Scott, also had their own reality series called Mancs in Mumbai earlier this year.

Recently their dad Dougie, who also featured in the series, sadly died.

Would you like to see Adam Thomas come back to Emmerdale? Leave us a comment on our Facebook page @EntertainmentDailyFix and let us know what you think of this story.