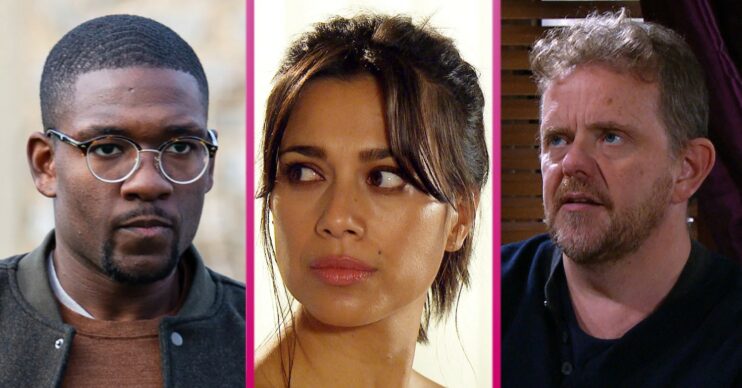 The village has some very boring characters

Emmerdale doesn’t half have some boring characters and that’s hard for a village filled with drama, intrigue and explosive twists.

With so much drama flying around it’s a wonder some of these villagers haven’t packed up and fled.

But who is the most boring of these lot?

How did vicar Charles Anderson raise such a dull individual?

He’s a gay lawyer and yet it’s all overshadowed by his inherent dullness. Did we mention he is dull?

Read more: Emmerdale Leyla and Suzy: Fans have huge theory as secret past between them is revealed

Give him a murder trial, or something.

She’s nothing more than the worst stereotype of a busybody on the turn to battleaxe.

Brenda went missing for months during the pandemic, not that anyone noticed, such is her impact on Emmerdale village.

For a former wrestler who has apparently led a full life, Bear knows just how to hide it.

Other than drinking in the pub or moping over Faith Dingle, Bear’s not made an impact on the village at all.

He’s barely made an impact on his own son, so why should the rest of us care?

If shrill over-reactions made for interest then Priya wouldn’t be on this list, but they don’t.

Whether she’s playing at being a businesswoman, or plotting revenge on an ex, Priya does it with a sense of boredom.

Viewers watching aren’t so much enthralled as they lapse into comas and don’t have the strength to change the channel when she is on.

Remember when you couldn’t wait until Dan Spencer’s big storyline? No, neither can we.

Other than to make Amelia seem interesting by comparison, what is the point of Dan?

At least when he was with Kerry they made a gruesome twosome that was vaguely enjoyable to watch while they were suffering.

But that’s about it. Literally not a single interesting or redeeming feature.