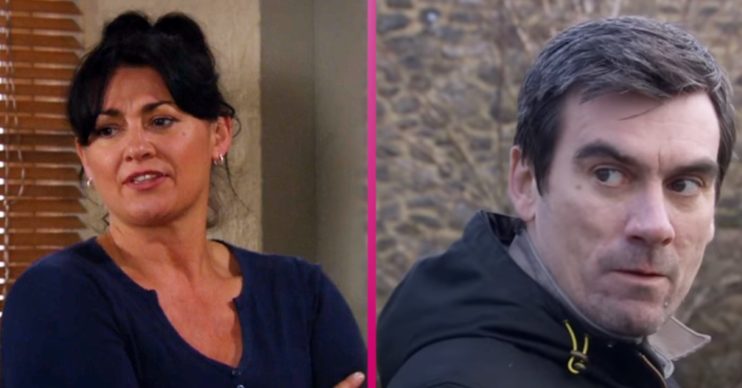 Emmerdale: Moira Dingle’s brother to arrive in the village

Despite being in the village for over 10 years, viewers don't know about Moira's childhood

Emmerdale favourite Moira Dingle will come across an old face this autumn when her long-lost brother arrives in the village.

Currently Moira is recovering from a hit and run, which left her hospitalised. But it looks like the drama will continue this year when her sibling turns up.

An ITV spokesperson said: “Moira’s family background and childhood have remained a mystery.

“This is all about to change this autumn. We’ll soon discover new secrets about Moira when her brother arrives on the scene.

“He’ll immediately make a huge and irrevocable impact on some of our most-loved characters, especially his sister.”

Emmerdale: What is Moira Dingle’s background?

While a lot of Moira’s childhood has remained a mystery what we do know is she married husband John in 1990.

Moira and John first arrived in Emmerdale back in 2009, with their three kids, Holly, Adam and Hannah, who is now Matty.

John died in 2012, and the following year, viewers were introduced to John’s brother James. James had three sons, Ross, Pete and Finn.

However it was revealed that Adam is actually James’s son, as James and Moira had a one-night stand many years before their life in the village.

After John’s death, Moira married Cain Dingle and together they have a son called Isaac.

However last year Moira had an affair with Nate Robinson, which caused her and Cain to split.

Emmerdale: Do Moira and Cain get back together?

Moira was recently discharged from the hospital after her hit and run. The police are still looking for the driver, but she has no idea it’s her neighbour, Jamie Tate.

While she and Cain are no longer together, it’s become clear the two still have feelings for each other.

Recently Moira discovered her business partner Rhona was doing a secret business with Nate. Now it seems like she and Cain are hatching a plan.

Will it bring them closer together?