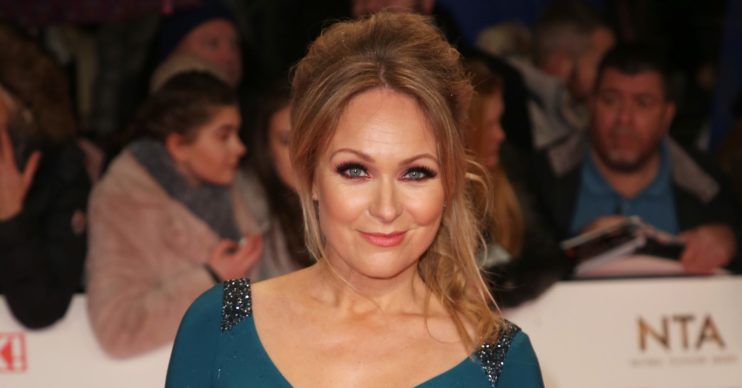 Emmerdale star Michelle Hardwick has revealed what will happen to Charity and Vanessa when she heads on maternity leave.

Currently, Vanessa is having chemotherapy for bowel cancer. Thinking about her son Johnny’s future, Vanessa has been making plans for her girlfriend Charity to adopt the little boy.

As Michelle will be heading on maternity leave in a matter of months, there lies the question, what will happen to Charity and Vanessa?

In a recent interview with the Metro, Michelle was asked if she could share anything coming up with Charity’s adoption storyline and how she feels about playing it.

The actress revealed that the popular couple will stay together while she’s off-screen.

She said: “Charity adopting Johnny is a massive step in their relationship. Obviously with me not being onscreen for the foreseeable due to my pregnancy, the story will continue forward as Charity navigates her life and parenthood in the absence of Vanessa.”

The last viewers saw of Charity and Vanessa, they were trying to get their adoption plans underway.

The story will continue forward as Charity navigates her life and parenthood in the absence of Vanessa.

However, Charity stumbled across an issue when she realised she would need the consent of Johnny’s father Kirin in order to adopt the toddler.

This proves to be a problem as Kirin went on the run back in 2016 after he killed Tess Harris in a hit and run.

Determined to get things sorted, Charity hired a private investigator. But does this mean Kirin will return to the Dales?

Meanwhile, in real life, actress Michelle is pregnant with her and wife Kate Brooks’ first child.

Are you looking forward to seeing more Charity and Vanessa? Leave us a comment on our Facebook page @EntertainmentDailyFix and let us know what you think of this story.