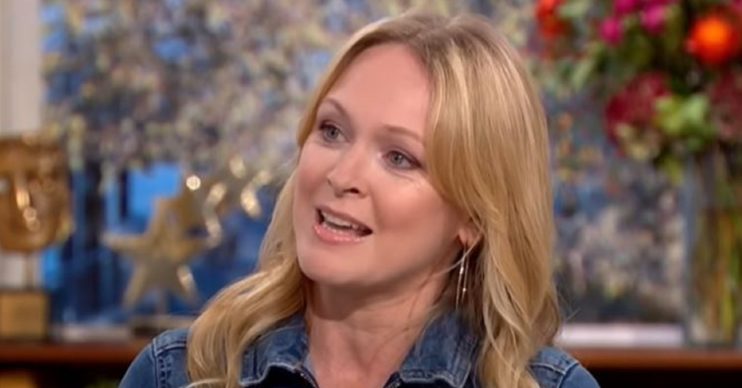 The actress won't be filming for a while

Pregnant soap star Michelle Hardwick has revealed plans to attend a Pride event with her baby in 2021 after revealing she will not be on Emmerdale “for the foreseeable”.

The actress is expecting her first child with wife Kate Brooks, but because of the pandemic she won’t be returning to work playing Vanessa Woodfield.

Viewers know Vanessa has been battling bowel cancer ahead of Michelle’s maternity leave, but now it seems the story will have to be paused.

Confirming she won’t be on screen until after her maternity leave is over, Michelle teased how the story will continue.

She added to the Metro: “Obviously with me not being onscreen for the foreseeable due to my pregnancy, the story will continue going forward as Charity navigates her life and parenthood in the absence of Vanessa.”

This could mean that Vanessa won’t be seen in the village for more than a year.

The star has also had to miss out on this year’s Pride celebrations due to the pandemic.

But she’s revealed her plans to enjoy her first Pride event as a new mum next year.

On Twitter, a member of the Emmerdale script team tweeted, tagging Michelle and her wife, Kate: “Happy Pride Month! Loved our Leeds one last year. Will we be taking the babies next year?”

Michelle responded, “YES!” alongside a string of clapping emojis.

Actress Michelle recently showed off her growing baby bump in a sweet picture on Instagram.

Michelle and Kate married in September 2019 at Elvis Presley’s Graceland estate in Memphis, Tennessee, without any family or friends.

What will happen to Vanessa?

Read more: Emmerdale’s Harriet in danger as she goes back to Malone says Katherine Dow Blyton

But she is fearful for her future.