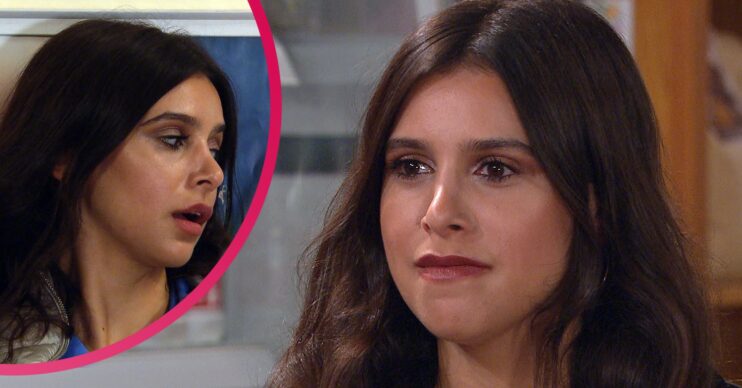 Emmerdale: Meena will go after Amy Wyatt next, fans predict

Emmerdale fans are predicting serial killer Meena will go after Amy Wyatt next.

A few months ago it was revealed Meena murdered her best friend Nadine Butler. When Leanna Cavanagh found out the truth, Meena killed her too.

More recently Meena tried to drown an unconscious Vic for ‘stealing’ her boyfriend, David. But she was seen by Andrea.

Emmerdale fans predict  Meena will go after Amy next

Amy told Meena she was surprised Manpreet decided to show her face on the day of Andrea’s memorial.

Meena told her she was a hypocrite as Amy’s friend, Vic, ‘stole’ her boyfriend David.

The nurse then said that Vic was an “evil, manipulative liar.” Amy responded saying Vic had more morals than Meena.

Amy told her to live with David’s choice and threatened to throw Meena out.

But as Meena went off to Andrea’s memorial fans were left wondering if she’ll go after Amy next.

Is Amy trying to get on Meena’s hit list #Emmerdale

Emmerdale: Will Meena be caught out?

It has not been revealed if Meena will be caught, however fans know there is footage of her trying to drown Victoria.

Victoria fell down the waterfall during the survival challenge. Meena found her unconscious at the bottom and tried to drown her.

However Billy and David came along and Billy performed CPR saving her. Neither of them saw what Meena was really up to, however it was caught on a camera.

Will anyone see it?