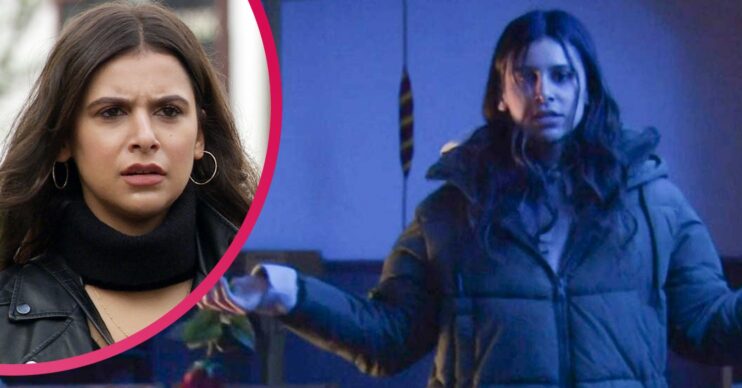 The actress, 25, plays the deranged serial killer in the ITV soap, but has teased that the end is near for her character.

However she has promised it will be incredible.

She was caught by police after Liam Cavanagh confronted her and pushed her over the bridge.

It was the exact same spot where she had killed his daughter Leanna last year.

Now in police custody, fans are waiting to see how Meena will manipulate her way out to continue her killing spree.

Actress Paige has teased the upcoming scenes that will be the end of her time on the soap.

She told the Liverpool Echo: “The ending’s incredible, better than I could ever have imagined, and I have already started crying.

“[Meena] is a psychopath and believes nobody will ever get the better of her. Psychopaths are incapable of feeling fear like we can.”

However, Paige wouldn’t reveal exactly what happens to Meena in the end.

It is a top-level secret at the ITV soap with only bosses and Paige knowing the outcome.

Viewers will just have to wait to see what happens, although speaking earlier this week on This Morning Paige did reveal one thing.

Speaking on This Morning earlier this week, she said: “And I can say this is the beginning of the end for Meena, but there’s more drama to come!”

She also spoke about how she loved playing out last week’s scenes on the soap.

“These scenes have been some of my most favourite scenes,” she said.

“Meena is at her best in these scenes, she’s funny, she’s wild, she’s scary, she’s created this plan which is so over the top, but just works.”