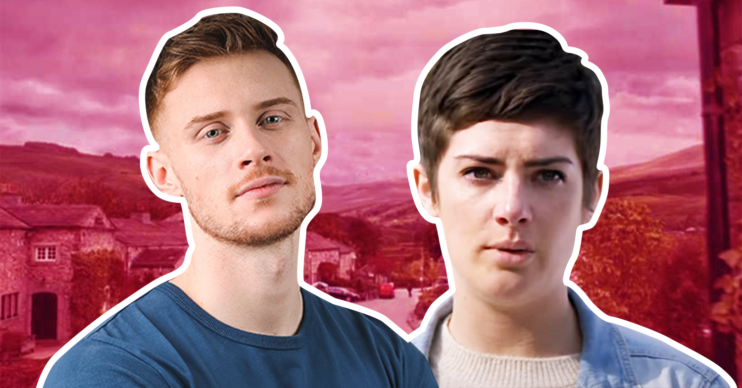 Luke will interact with some 'unexpected' characters

Emmerdale star Max Parker, who plays Luke Posner, has revealed fans will see another side to his alter ego in a new story.

Luke was introduced on the soap last year as a love interest for Victoria. But it was later revealed he is the brother of her rapist, Lee.

Although Luke has proved to be a calmer character, Max revealed fans will see another side to his personality.

Speaking to Inside Soap he said: “What’s great is now Luke has settled into the village, there’s more freedom for him to make new connections.

“We’re going to see another side to his personality, a bit more fire I guess, in a story coming up that involves me working with a few unexpected characters.”

Speaking on what the future hold for Luke, Max is hoping to explore the chef’s family history a bit more, including his relationship with his dad.

He said: “I’ve always wanted to explore that. He’s rarely spoken about it, so there must be tension there. I want to know if Luke’s dad is like him or Lee – and why he’s not around.”

Whilst we don’t know a lot on Luke’s family history, his mum Wendy revealed in a conversation with Bob Hope that her ex-husband wasn’t nice to her.

Emmerdale: What’s next for Luke and Victoria?

Since splitting up, Victoria and Luke’s family and friends have made attempts to get them back together.

Most recently, Luke went on a date with Victoria’s best friend Amy. However it was part of Amy’s plan to make Victoria see she still has feelings for Luke.

Whilst it hasn’t been revealed if Victoria and Luke will try again, it’s clear they both still like each other.

Will they ever get back together?

Do you think Victoria and Luke should get back together? Leave us a comment on our Facebook page @EntertainmentDailyFix and let us know what you think of this story.