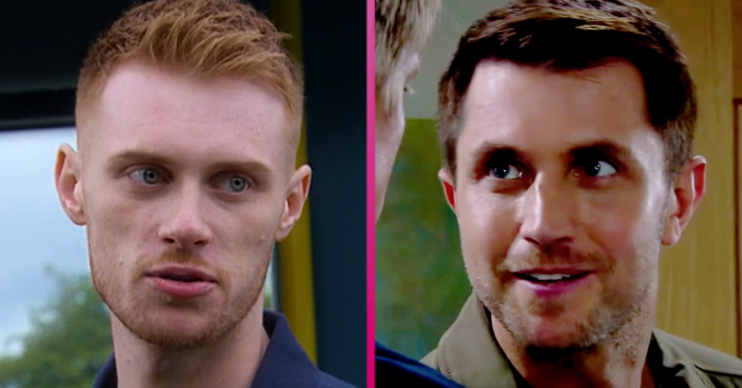 Kris, who played Lee Posner on the soap last year, posted a video to his Instagram story of himself and Max walking through the rain.

The video was captioned: “When you go for that nice summer walk,” and “I’m dripping.”

In the clip, Max is recording himself with Kris walking behind as he says “Feeling dry?”

Although the two played brothers on the show, they were never seen on-screen together.

However, Max recently told The Sun they met on set and have struck up a good friendship in real life.

Read More: Emmerdale fans in tears as Mandy reveals she lost a baby

Last year, Lee came into the show after meeting Victoria on a night out. However he raped her which resulted in her getting pregnant.

He was attacked by Victoria’s brother Robert and a few weeks later he died as a result of his injuries.

We are literally like annoying brothers now. Casting did good!

Around the same time, Victoria met a man named Luke, who worked at the hospital.

But it was later revealed at Robert’s sentencing that Luke was Lee’s younger brother.

Luke and Victoria went on to start a relationship and she gave birth to her son, who she named Harry.

However, Victoria realised she wasn’t ready for a relationship and ended things.

Have you been watching Emmerdale’s lockdown episodes? Leave us a comment on our Facebook page @EntertainmentDailyFix and let us know what you think of this story.