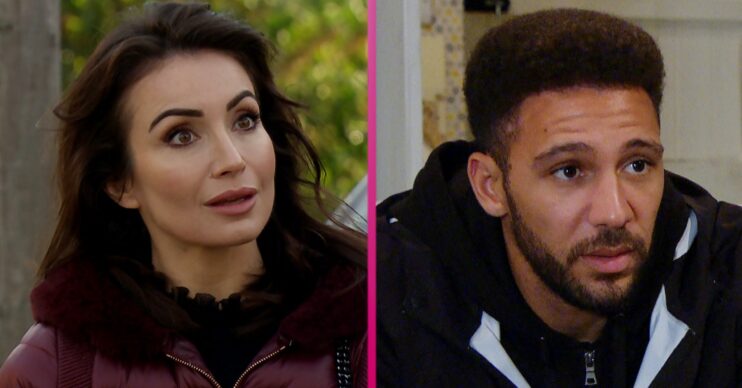 Leyla was shot by Meena

Emmerdale fans called out Billy Fletcher as he made a huge blunder in last night’s episode (Wednesday, February 16).

Earlier this week, Billy and Dawn were taken by Meena to a remote viaduct. She told Billy he had to choose whether to save himself or Dawn.

However when Leyla turned up looking for the newlywed couple, Meena shot her.

In last night’s episode, Meena fled the viaduct leaving Dawn worrying about her son, Billy tied up and Leyla bleeding out on the floor.

Billy told Dawn to go back to the village to find Lucas and he would help Leyla.

Billy managed to get himself free from his restraints and rushed over to Leyla, who was barely conscious.

He said he was going to go to the road to get help and soon ran off.

However fans were left questioning why Billy didn’t look through Leyla’s car for her mobile to call for help.

@emmerdale Dawn put a phone in Billy's hand, why didn't he use it to get help #emmerdale

Question is… why on earth didn’t Billy use Layla’s phone instead of running off to get help?? #emmerdale

Billy should of rang the police when he was dealing with Leyla he could of used Leyla's phone. Dawn needs to ring the police now that Lucas is AWOL. #Emmerdale

This story line ending is shocking. Surely Layla has a mobile phone? Rather than Billy shouting for help from nobody #emmerdale

Why didn't Billy ring someone? If he's not got his phone use Layla's #Emmerdale

Why is billy not getting Laylas phone #emmerdale

Later in the episode, Liam found out Meena was back.

He soon saw Meena running around the village and went after her with a pitchfork.

Liam confronted Meena demanding to know where his wife Leyla is and she told him she shot him.

He ordered her to take him to Leyla, but she ran off. He chased her through the graveyard and to the humpback bridge where Meena killed Liam’s daughter, Leanna, last year.

Read more: Emmerdale: Is Meena dead? Paige Sandhu hints this isn’t the end of the storyline

Meena began to wind up Liam by telling her about Leanna’s death, but when he went to attack her, she said Leyla was bleeding out and he could still get to her in time.

Liam threw the pitchfork in the river, but Meena then continued to upset him saying: “God Leanna was fun to kill though.”

Seeing red, Liam pushed Meena off the bridge and she landed in the exact spot Leanna died.