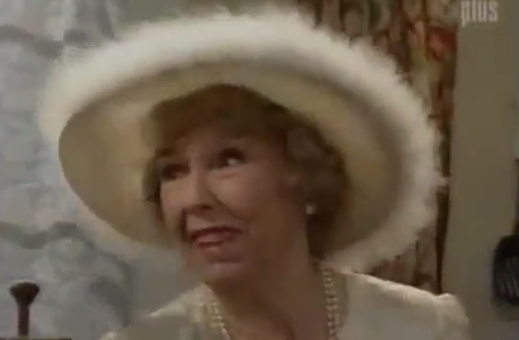 She played Annie Sugden in the ITV soap

Sheila Mercier, who plays the legendary Annie Sugden in Emmerdale has died.

Former co-star Frederick Pyne, who played Matt Skilbeck in Emmerdale Farm from its launch in 1972 until 1989, announced the sad news on social media.

He wrote: “Sad to tell all you Emmerdale fans that Sheila Mercier, Annie Sugden, died peacefully in her sleep… She would have been 101 years old on New Years Day. She was a great character and wonderful to work with. (sic)”

We’re very sad to hear about the passing of Sheila Mercier. It’s aways sad to hear of the death of an actor who played a significant part in Emmerdale’s success. Even more so when that actor was in the very first episode and around whose family the show was built. ‘Annie Sugden’ embodied all the virtues of Yorkshire …. she was hard working, resilient, determined, down to earth and didn’t suffer fools gladly. Sheila had many of those qualities too, putting the needs of the programme above her own and always delivering a great performance come rain or shine. She will be greatly missed ❤️ #Emmerdale

The great #SheilaMercier has left us. What an iconic character Annie Sugden was. Used to watch it with my grandparents as a boy, so to meet her in later years was a thrill. I was star struck and she was so lovely to me. RIP.

RIP Sheila Mercier, the beating heart of Emmerdale, never forgotten, so many wonderful memories, love and condolences to all her family x pic.twitter.com/ysbPmukt3b

Sheila first joined the soap in 1972 and continued to be a main character until 1994, but she did make the occasional appearance after then – notably for her on-screen son Joe’s funeral in 1995 and again in 2009 for her son Jack’s funeral.

Sheila’s husband Peter Mercier died in 1993 after 42 years of marriage.

They have a son together called Nigel who works in the television industry.

The legendary actress – who was born in Hull, Yorkshire – kickstarted her career in 1939 when she was talent spotted at the Stratford-upon-Avon College of Drama.

She then toured with a Shakespeare company until 1939 before she landed roles in the theatre productions of ‘Hay Fever’ and ‘The Eagle with Two Heads’.

Sheila also released an autobiography in 1994 titled ‘Annie’s Song: My Life & Emmerdale’ and in it she revealed she had been raped by an officer in the war.

The alleged incident lead to her falling pregnant with a baby girl, who she later put up for adoption, but they came back into contact with one another 30 years later.