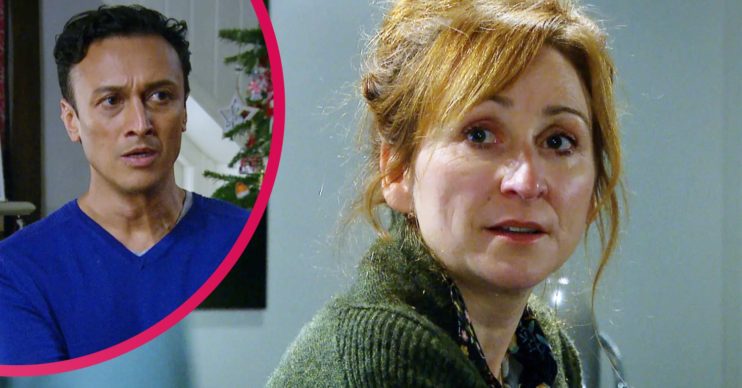 Emmerdale: Laurel Thomas has viewers in tears as she decides to have a termination

The couple have decided to end the pregnancy

Emmerdale fans were in tears after Laurel Thomas made the decision to have a termination.

The couple made the heartbreaking decision to end the pregnancy in the ITV soap last night (Friday, December 11). It came after they were told the baby would have Down’s.

Laurel has already lost one child – a son Daniel. She said the prospect of facing the risk of losing a second was too much for her.

Jai gently tried to say they could cope with anything. However, after speaking with Rhona, Laurel felt conflicted.

The businessman saw the new baby as a fresh chance to be a good father.

But Laurel pointed out how their ages, their other children and their addictions would play against them.

In the emotional episode, Laurel visited her son Daniel’s grave.

In tears, she said she couldn’t go through that again.

Heartbroken Jai agreed that they may not be able to cope with a special needs child and together they decided to have a termination.

On social media, viewers were in tears as a result of the sad scenes.

One said: “I was in tears watching the last two episodes of Emmerdale.

“Sobbing my heart out at tonight’s Emmerdale,” said a second.

The @Emmerdale storyline is causing much distress amongst people with #DownSyndrome and their families and carers.

Many in the #LearningDisability community want the storyline stopped.

Their voices need to be heard. We support this call. pic.twitter.com/UdrSCbCOXv

Charity hits back at Emmerdale over Laurel Thomas termination storyline

Charity MENCAP has hit back at the soap for continuing to air the storyline.

The charity accused the soap of hurting the community.

In a statement, it said: “The Emmerdale storyline is causing significant distress amongst people with Down’s Syndrome, their families and the wider learning disability community.

“We understand that soap operas tackle difficult and sensitive issues – and do good by raising awareness of their importance and complexity – and Emmerdale is usually great at this.”

The charity added: “However, in this case there is a real risk of unintentionally reinforcing the discrimination which parents know is inherent in the system.

Read more: Emmerdale SPOILERS: Moira asks Mackenzie to move in with her

“Many people within the learning disability community would like to see this storyline halted.

“We exist to support our community and make sure their voices are heard and so we are supporting them in this call.”

They added: “If they do go ahead, Emmerdale has a responsibility to listen, as well as provide further information about how they will support families before, during and after this storyline is aired.”