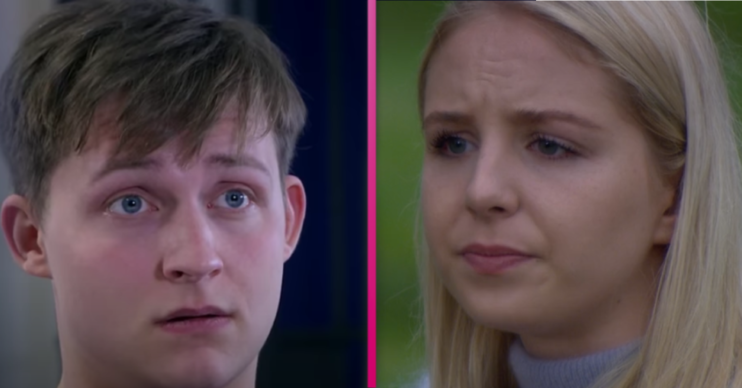 Emmerdale: Lachlan White should return to the soap, says fans

Lachlan is currently in prison!

The character was last seen in 2019 after being sent to prison.

Lachlan is the son of Chrissie White and was the grandson of Lawrence White and first appeared in November 2014.

During his four years in the village, Lachlan sexually assaulted Alicia Gallagher, shot his grandfather Lawrence and was responsible for the death of four people and kidnapping his aunt Rebecca.

Emmerdale Lachlan White: What did he do?

In 2018 he was in the car with Chrissie, Lawrence and Rebecca as they chased Robert Sugden, who was fleeing the village with his and Rebecca’s son Seb.

However Lachlan intentionally caused the car to crash into an oncoming lorry. The crash killed Chrissie and Lawrence and left Rebecca with brain injuries.

He went on to try to kill his best friend Gerry after telling him how he caused the crash that killed his mother and grandfather.

After Lachlan caused the B&B roof to collapse, Gerry survived. But Lachlan decided to finish Gerry off by dropping a huge rock on his head.

He also killed conman Paul Tozer, who pretended to be Gerry’s uncle Terry and kidnapped Rebecca.

Eventually he attacked his girlfriend Belle’s brother Sam Dingle and forced her to flee with him. The police soon caught up to Lachlan and he was sent to prison and was given a life sentence.

However in 2019 the Dingles started to get attacked and it wad later revealed that Lachlan had sent his dad Donny to get revenge.

After Donny stabbed Vanessa Woodfield and kidnapped her son Johnny, Belle paid Donny a visit in hospital and told him that Lachlan was a psychopath

Donny agreed to wear a wire under his clothes whilst visiting Lachlan to record his involvement on the attacks on the Dingles.

However fans are hoping he will get released one day and make his way back to the village.

In a Digital Spy forum, one fan said: “I would see him back after he is released from prison.”

A second commented: “I hope so… but then again I can’t see the purpose.”

A third said: “I imagine it’ll happen in a year or two when they want more misery for Belle.”

Speaking about the fact Lachlan had a life sentence, another fan added: “From memory, I think it was life without parole which Belle mentioned in a throwaway comment after a call from Rebecca.

“But then again if EastEnders can have a killer who was banged up for life without parole freed then there is no reason why Emmerdale can’t do the same.”

Yeah. Break Lachlan out of prison#emmerdale