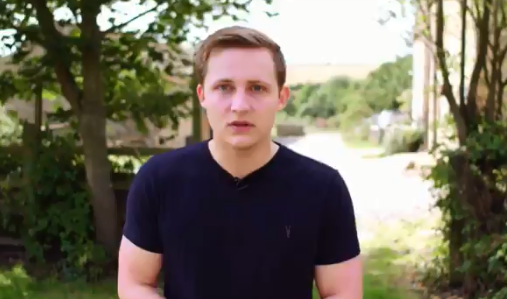 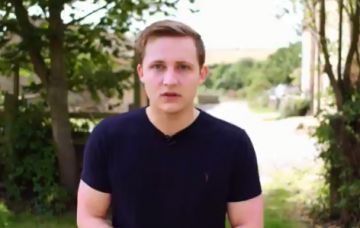 Just as Rebecca White had started to heal from her horrific ordeal at the hands of her sick nephew, Lachlan White returned to shake her up again.

During last night’s episode (Thursday 25 October), Rebecca celebrated her birthday and looked forward to a cosy evening with cake, candles and cuddles from boyfriend Ross.

Opening up her birthday cards, the heiress was horrified to find one was from evil Lachlan.

The card, which shock her to the core, simply said: “Happy Birthday, Lachlan.”

Although Lachlan is currently in jail for his numerous crimes, the implication was clear – he hasn’t forgotten his aunt.

Viewers know that Lachlan kidnapped Rebecca when she discovered he was a murderer.

Unable to bring himself to kill her, however, he kept her captive for weeks before handing her over to a nurse to keep her sedated.

Eventually, she escaped and was instrumental in bringing Lachlan to justice.

Understandably, the creepy card sent Rebecca into a panic attack as Ross attempted to comfort her.

As Ross left her alone for a few minutes to check on the kids, Rebecca was seen opening the card and then struggling to breathe as she leant against the door in shock.

When Ross returned to find her in such a state, he asked what was wrong, and she gasped: “It’s Lachlan.”

As she descended into a full-scale panic attack, Ross called for her to just breathe.

Those watching at home were not impressed with Lachlan’s move and took to Twitter to comment on it.

One blasted: “Lachlan actually has the [bleeping] nerve to send Rebecca a ‘Happy Birthday’ card after everything he did to hurt/destroy her seriously? That’s beyond low #Emmerdale.”

Lachlan’s birthday card certainly seems to have put the mockers on Ross’ chance of a jump. #Emmerdale

How thoughtful of Lachlan to send Bex a Birthday card. 😆 #Emmerdale

The sinister card led to Rebecca and Ross making plans for a fresh start away from Emmerdale with their sons Moses and Seb.

But will they actually get their happy ending?

Do you think Rebecca and Ross will get a happy ending? Leave us a comment on our Facebook page @EntertainmentDailyFix and let us know what you think!