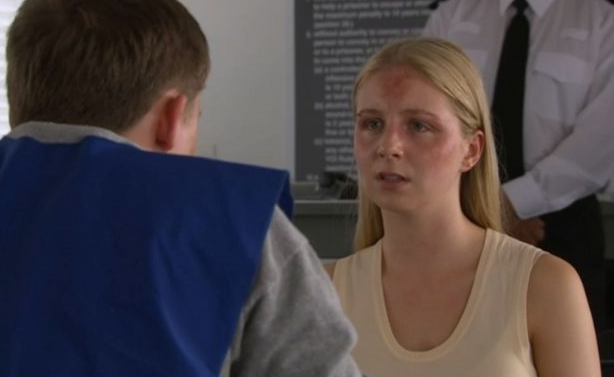 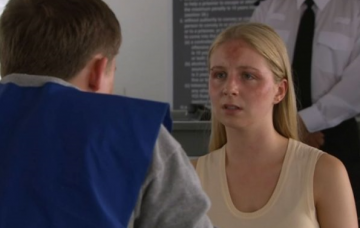 He's well and truly turned on her

Just when we didn’t think Lachlan White could stoop any lower, he frames his own girlfriend for murder.

During last night’s episode, Belle went to see the serial killer in prison, pretending that she would stand by him in the hope he would reveal Rebecca’s whereabouts.

While viewers already knew that she was alive and being held by a nurse, Belle and the villagers mostly assumed that she had been killed.

Lachlan revealed that she wasn’t dead – and agreed to take Belle and the police to where he’d hidden her.

As they walked through the woods, Belle asked the detectives to uncuff Lachlan and allow her to walk alongside him.

They agreed and Lachlan attacked one of the cops in a bid to make an escape.

He shouted at Belle to grab the car keys so they could do as they had planned.

At this, Belle was confused – but all became clear later, after his escape attempt was foiled.

Lachlan declared that Belle had been his willing accomplice and had helped him kill Chrissie, Lawrence and Gerry.

He’d obviously worked out that the only person in the word he truly cares about had betrayed him – and this was payback.

Detectives looks as though they might actually believe him at one point. Meanwhile, Belle is convinced this is the tip of the iceberg.

He looks set to cause more carnage from behind bars.

What is your theory on Rebecca’s nurse? Leave us a comment on our Facebook page @EntertainmentDailyFix and let us know what you think!