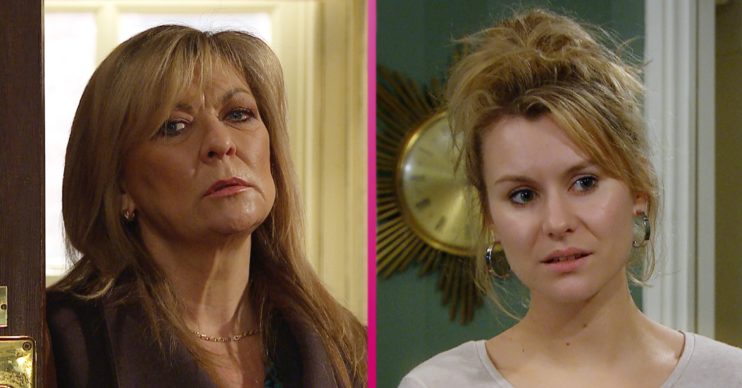 Kim has made it clear she doesn't like Dawn

An Emmerdale fan theory has suggested that Kim Tate will hire a hitman to kill Dawn Taylor.

Over the last few weeks, Kim’s son Jamie has been growing closer to Dawn. However he had a one-night-stand with Gabby Thomas and got her pregnant.

Although Gabby is set on keeping the baby, Jamie made it clear he doesn’t want to be a father to their child.

Over the last week, he planned to be nice to Gabby in order to convince her to have a termination. But when Gabby found out, she ended up telling Kim.

Kim later told Dawn about Jamie’s plan to get Gabby to have an abortion and she was horrified.

However she later decided to give Jamie another chance and they confessed their love for each other.

But what they didn’t realise is that Kim was watching them and she looked less than impressed.

Fans have a theory that she will end up hiring someone to kill Dawn.

Something on these lines I wouldn't wonder? 🤔😉 pic.twitter.com/wlvA1eNRRr

Emmerdale: Has Kim killed before?

Emmerdale fans know Kim has arranged for people to be killed before.

In 2018, she asked Graham Foster to kill her stepgrandson Joe Tate.

Kim will hire a hitman to get rid of Dawn.

Graham planned to help Joe flee, but after Cain Dingle punched Joe for abandoning his daughter Debbie on their wedding day, it looked like Joe was dead.

A few months later it was revealed Joe survived and Graham did help him run off.

In 2020, Kim then planned to have Graham killed when she discovered he was dating Rhona Goskirk and he planned to move to France with her and her son Leo.

She hired Al Chapman to killed Graham. However Graham was killed by Rhona’s ex-husband Pierce in the woods.