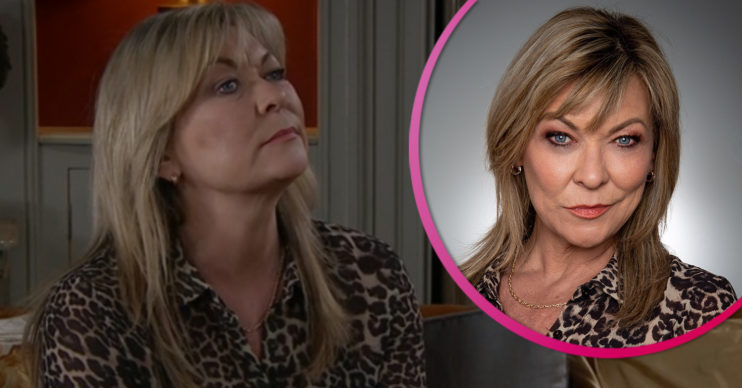 Emmerdale: Kim Tate sets ‘deadly trap’ for her poisoner and fans are thrilled

Kim is fighting back against her poisoner - and fans can't wait

Kim Tate in Emmerdale has set a deadly trap for her poisoner – after finally discovering the truth and fans couldn’t be more excited.

Scheming Kim has been slowly poisoned over the last few months and thought she was suffering from early stages of dementia.

However after Lydia Dingle suffered horrendously from Kim’s brandy, the millionaire was tipped off.

Last night, Kim manipulated her doctor into running more blood tests to find out what was laced in her brandy.

But even Kim was shocked when she got the results back – and had to quickly cover it up.

“The toxicology report says there are benzo diazapenes in your system,” the doctor told her.

“It could indicate you’ve taken diazepam. We can’t be sure how much you’ve taken but it’s a lot – and it’s recent.”

The doctor questioned Kim about why she needed the results.

However Kim lied and told her she was just worried about taking old pills.

“I got them from my medicine cabinet, from a while back,” she said.

“My old doctor prescribed them for me when I was stressed. I won’t be taking any more.”

What does Kim Tate do next in Emmerdale?

With her poisoning now confirmed, Kim made a decision and begun setting a trap for her suspects.

Planning an elaborate dinner party, Kim told Gabby she would be hosting a special dinner and making a shock announcement.

One said: “Claire has been phenomenal these past few episodes. Very reminiscent of Classic Kim Tate. Really looking forward to this storyline developing. #Emmerdale”

“Actually quite excited to see this lunch on #emmerdale; who is poisoning Kim,” said a second.

However, a third said: “Kim’s gathering is gonna be epic.”