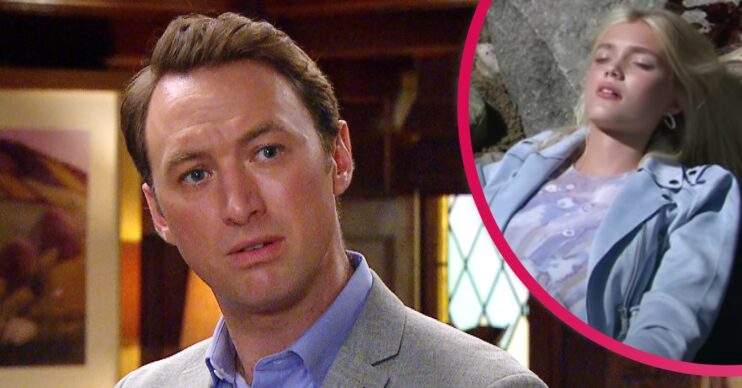 In order to keep Leanna quiet, Meena pushed Leanna off a bridge in the village, killing her.

Liam was left devastated by his daughter’s death, however police believe it was an accident.

Speaking to Metro.co.uk, Jonny revealed that Liam has no reason to suspect his work colleague, Meena, would kill Leanna.

He added: “But Leanna will not be the last victim, that’s for sure.”

Emmerdale spoilers: What’s next for Meena and Liam?

In next week’s scenes Liam is missing and Leyla is frantic.

Annoyed with David pandering to Leyla, Meena resolves to find Liam herself.

Leanna will not be the last victim, that’s for sure.

She soon finds Liam at the crematorium sat on a bench.

He can’t escape his memories of Leanna so Meena suggests he should clear out her belongings – what he can’t see will no longer hurt him.

Leyla is furious with Meena for suggesting Liam get rid of Leanna’s things.

The next day, Meena feigns sincerity and apologises to Leyla.

Jacob has a go at Liam for disposing of Leanna’s things like she’s rubbish and soon accusations fly between the two.

Leyla offers to leave Liam alone, reiterating she will always love him. Liam asks her not to go as he needs her more than ever.

The next day, Liam asks for Leyla’s help arranging Leanna’s funeral. Jacob offers o help Leyla, but she isn’t sure it’s a good idea. Finally Leyla agrees as long as they keep it secret from Liam.