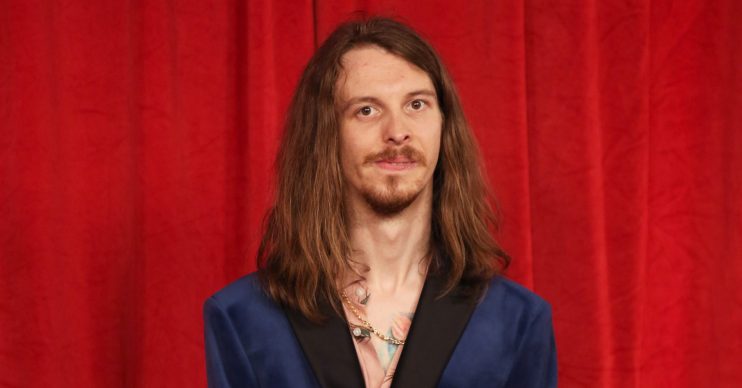 James posted the tribute to his social media

James Moore, who plays Ryan Stocks in Emmerdale, has paid tribute to his family members, girlfriend and co-stars as he celebrated International Women’s Day.

He wrote: “Happy International Women’s Day to all the women that are important in my life! You all bring so much joy and happiness to my life and my work and I’m eternally grateful for you all!”

Alongside the Tweet, James posted pictures with his mum and girlfriend Sophie.

Happy #InternationalWomensDay to all the women that are important in my life! You all bring so much joy and happiness to my life and my work and I’m eternally grateful for all of you! https://t.co/8j1e0HuUKU pic.twitter.com/f6ZeW51YEi

Underneath the tweet Sophie professed her love for her other half, which James reciprocated right back.

Earlier this year, James paid a sweet birthday tribute to Sophie as she turned 23.

Back in October last year, he shared photos with her as she graduated university and later shared pictures from their romantic trip to Disneyland.

James has been busy on the soap over the last few months as his alter ego found himself caught up in Graham Foster’s murder.

Ryan and Charity stole Kim’s money from Graham on the night he was killed as revenge for locking Ryan in a hut.

Ryan, who has cerebral palsy, broke down in tears as he told his mum how Graham picked him up and locked him in the hut, leaving him struggling to get out.

Furious, Charity decided to take Graham’s money, however the next day, the businessman turned up dead.

Charity’s cousin Marlon was soon arrested and charged with Graham’s murder, however it was soon discovered that he had been set up by Graham’s real killer, Pierce Harris.

Recently Marlon found out what Charity and Ryan had done and disowned his Dingle family members. Will he ever be able to forgive them?