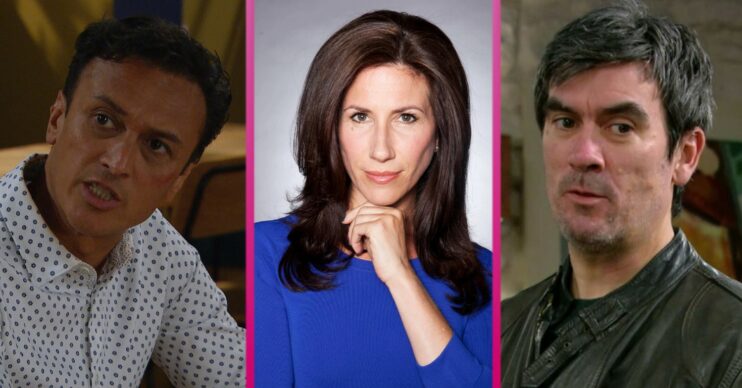 These soap swaps should always be remembered!

Emmerdale has a whole host of stars on its roster – but many of them got their starts on another ITV soap.

The village is no stranger to former residents of Coronation Street’s famous cobbles.

Here are some of the biggest examples…

Before Emmerdale had Jai Sharma, Coronation Street had Vikram Desai.

Read more: Emmerdale: Is it the end for Leyla and Liam after she lashes out?

His time on the cobbles came to an end after he tried to trick Karen McDonald into smuggling cocaine for him, was exposed and fled with the business’ bank accounts emptied.

Rebecca Sarker has certainly made an impression on Emmerdale since joining as Manpreet Sharma.

But it’s not her first soap role – that honour belongs to Coronation Street.

She played corner shop manager – and Vikram’s sister – Nita Desai for 18 months from 1999.

Nita eventually left the cobbles for a new life in Inverness with her own shop to run.

Emmerdale has certainly put Zoe Henry through her acting paces over the years – but it’s not the only soap she’s had dramatic scenes in.

Before Rhona Goskirk was even dreamed up, Zoe appeared in two roles on Coronation Street.

Most memorably she played Spider Nugent’s girlfriend Log – a woman run out of town by Toyah Battersby.

And then she played Casey Carswell, the woman who abducted Claire Peacock’s son Freddie.

Emmerdale stars who started out elsewhere on ITV: Jeff Hordley

Actor Jeff Hordley is recognisable to everyone as Emmerdale’s Cain Dingle – but before he joined the ITV soap he starred in another.

He had two roles in Coronation Street.

In 1997 he played a night club manager in Weatherfield.

Before she played Megan Macey in Emmerdale, actress Gaynor Faye shot to fame on the cobbles.

After four years on the cobbles Judy, having spent the entire time desperate for a baby, gave birth to twins.

And then she died after an accident caused by Terry Duckworth had devastating effects.