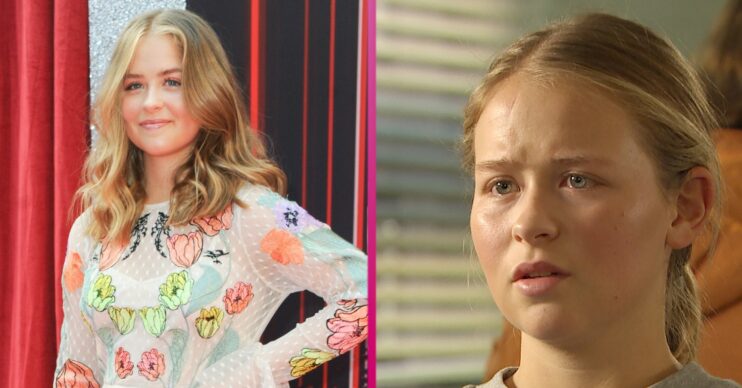 Emmerdale: Isobel Steele looks unrecognisable as she celebrates her 21st birthday in Budapest

Isobel has played Liv since 2016

Isobel, who is well-known for playing Liv Flaherty in the ITV soap, shared a picture of herself smiling in what looked to be a bar and tagged the location as Budapest.

She shared the picture yesterday (Tuesday, December 28) which is Isobel’s 21st birthday.

Her Emmerdale co-stars commented on the post to send their birthday wishes to Isobel.

Simon Lennon, who played Ben Tucker, in Emmerdale until November this year, commented: “Happy birthday, mate. Have an amazing day.”

Since Paul Ashdale’s death, Isobel’s character Liv has been struggling with alcohol addiction.

Liv has previously struggled with alcohol addiction but relapsed earlier this year after leaving abusive Paul to die in a barn after a truck crashed into it.

Ben found footage at the Hide which showed Meena trying to drown Victoria. However Ben found a drunk Liv stealing alcohol and they got into an argument, which Ben recorded.

Liv left the Hide after taking Ben’s phone, Meena turned up, having found out Ben discovered the footage and murdered him.

Soon Liv found Ben’s phone and the recording. Lydia Dingle reported it to the police and Liv was arrested for Ben’s murder.

Read more: Emmerdale fans call out major plot hole as Manpreet is discharged from the hospital

After Liv’s DNA was found on Ben, she was charged with murder. Currently she’s in prison, but her ex-boyfriend Vinny is desperately trying to prove her innocence.

Will they get to the truth?