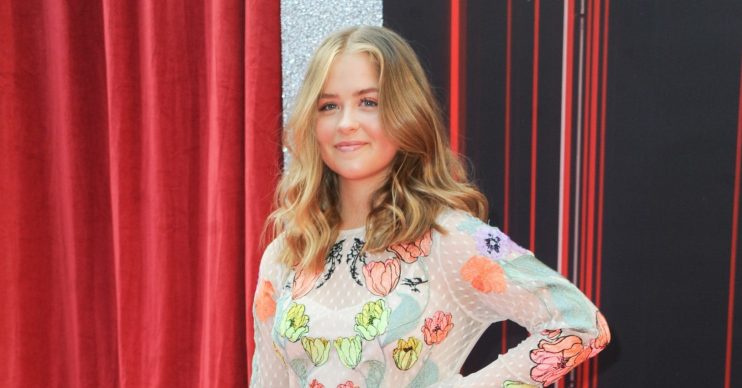 Emmerdale’s Isobel Steele has been soaking up the sun with cute puppies in an adorable pic.

The actress, who plays Liv Flaherty, posted the snap to her Instagram. She appeared to be in her back garden making the most of the sun.

One wrote: “Suck up that Vit D darlin’!”

A second commented: “This is stunning.”

Currently Isobel, along with the rest of the Emmerdale and Coronation Street cast, are still filming amidst the coronavirus pandemic.

However recently ITV released a statement saying the amount of weekly episodes airing would be cut from Monday, March 30 in order to make sure there are enough episodes.

In a new statement today, both soaps confirmed there will be on-screen timeline issues due to the episode cuts.

The channel said: “In the coming weeks, some episodes of Coronation Street and Emmerdale will understandably be out of kilter due to the temporary transmission pattern for both programmes, which takes effect from Monday 30 March.

“Episodes due to broadcast at Easter and those commissioned and filmed to commemorate VE Day, for instance, won’t now air on the dates we’d anticipated.

“We’d hope the audience will understand the reasons for this and continue to enjoy the shows.”

The show also revealed they will be continuing to air scenes with characters in pubs and communal areas.

Emmerdale and Coronation Street asked viewers to bear in mind the scenes were filmed before the pandemic.

“Additionally, as both Coronation Street and Emmerdale film many weeks before they air on ITV, episodes will continue to feature scenes set in The Rovers and Woolpack and other communal areas.

“Although the latest government guidelines indicate that people should avoid public health spaces, we’d ask viewers to make allowances for the fact that filming took place before the coronavirus pandemic and to make sure they follow the most recent government health advice.”