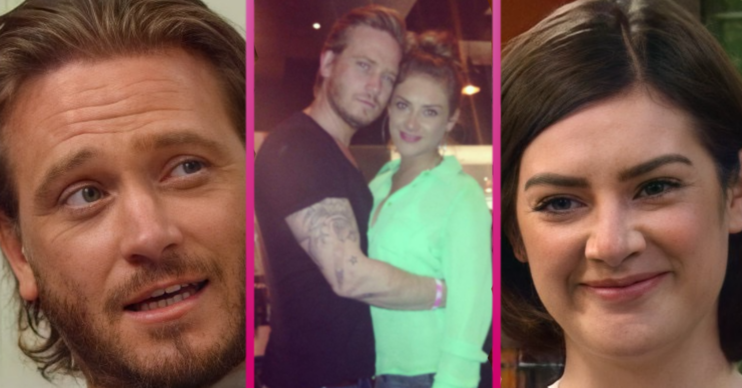 She can't hide her fondness for co-star pal

Emmerdale star Isabel Hodgins, who plays Victoria Sugden in the show, has paid a gushing tribute to her co-star Matthew Wolfenden.

The actress declared “I love you” to Matthew – who plays Victoria’s boyfriend David Metcalfe in the show – as part of a series of Instagram posts for his birthday.

Matthew celebrated his 42nd birthday on Thursday (May 5), and Isabel pulled out all the stops in her posts.

Isobel added: “To this brilliant human who makes me laugh every single day.”

Her pics included a flashback picture her and Matthew back in 2013, all smiles as they embraced.

Read more: Who is David Medcalfe in Emmerdale and how many wives has he had?

She also posted one of Matthew looking a little fed up, captioning it with a simple: “I love you.”

On-screen, David and Victoria have been going out since last year, falling for each other while David was dating Meena Jutla.

Off screen, Matthew is married to former Emmerdale co-star Charley Webb, who played Debbie Dingle on the show. The couple have three young sons together.

Meanwhile, recent pictures on the red carpet of Isabel and co-star Laurence Robb, who plays Mackenzie Boyd, has led to rumours they might be dating.

The loving posts come after a rollercoaster few months for Matthew and Isabel.

Reports emerged late last year that the pair had been involved in a bust-up on set.

The Sun claimed the row came during filming of the soap’s dramatic week which saw psychopathic Meena sabotage a survival day out.

Aaron Anthony, who played Ellis Chapman in the show, was also reported to be caught up in the incident.

Time away from Emmerdale

Matthew and Isabel took time out from filming for several months while “enquiries” were made into what happened.

A spokesperson for the show later said: “Emmerdale has robust policies in place to deal with any allegations brought to our attention,” and confirmed that “Neither actor had been suspended from Emmerdale.”

Matthew and Isabel returned to our screens in late January.

And if Isabel’s posts are anything to go by, it seems they’ve well and truly put any troubles behind them.

Check out our Emmerdale spoilers on our dedicated Emmerdale Spoilers page and get all of the goss before the episodes hit the screen.