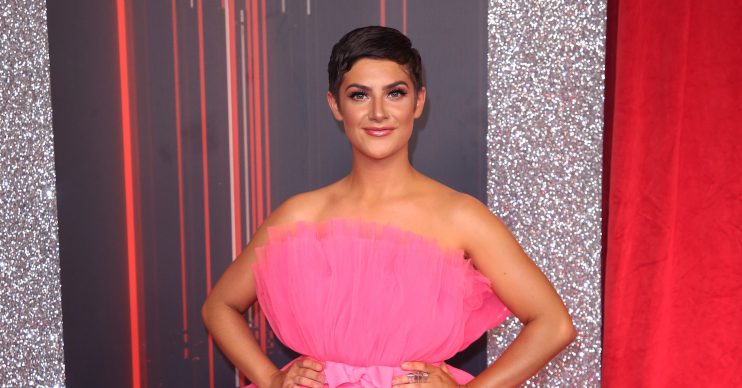 Isabel Hodgins, who plays Victoria Sugden in Emmerdale, has posted a picture with co-star Laura Norton (Kerry Wyatt) to her Instagram account.

Aside from the fact both women, sparkling in silver, look asbolutely stunning, they also look really similar!

In fact, fans also pointed out the likeness in the comments.

One fan wrote: “You both look like sisters, so alike.”

A second added: “Oh my god, you look like sisters.”

“Both stunningly beautiful,” added a third.

There were plenty more comments of “beautiful”, “gorgeous”, and “stunning”. We quite agree!

Isabel and Laura are obviously close off-screen as it’s not the first time they’ve shared pictures together.

Last month, Isabel called Laura her “soulmate” as she posted pictures of them out for Isabel’s birthday celebrations.

Isabel also posted other pictures from the birthday night out to her Instagram page.

In a polaroid picture, alongside her is Fiona Wade, who plays Priya Sharma, Roxy Shahidi, who plays Leyla Harding, Laura, Charley Webb, who plays Debbie Dingle and Eden Taylor-Draper, who plays Belle Dingle.

Isabel captioned the post: “Three vegs, one non-drinker and one gluten-free. Why are we SO annoying. Birthday eve eve.”

Isabel has been working hard on one of Emmerdale’s biggest storylines this year.

Back in May, Victoria was horrifically raped by Lee Posner after Emmerdale’s Big Night Out.

Soon afterwards, Victoria discovered she was pregnant with her rapist’s baby, but came to the decision she wanted to keep her child.

When Lee and his mum Wendy discovered the chef was pregnant, they began harassing her for rights to the baby.

But eventually, Victoria’s brother Robert was pushed too far when Lee admitted to raping victoria and hinted he would do it again to other women.

Robert attacked Lee and hit him over the head and eventually Lee died from his injuries, resulting in Robert being sentenced to life in prison.

Victoria will give birth at New Year in dramatic scenes.