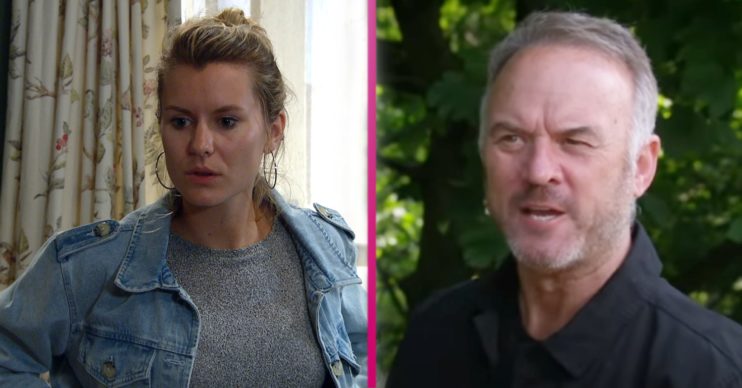 Emmerdale viewers were left shocked as Dawn ended up shooting and killing Detective Inspector Malone in tonight’s episode (Wednesday, August 19) but is he REALLY dead?

During Monday’s episode (August 17) Malone broke into Harriet’s and tried to tempt Dawn into taking her own life.

Dawn had reported the corrupt copper to the police. She told them about his crimes and how he had been harassing her family for months.

Malone tried to get the former addict to overdose on heroin. However Harriet came home and hit Malone over the head, knocking him unconscious.

But in tonight’s visit to the Dales, as Harriet and Dawn tried to figure out what to do next, Malone jumped up.

As he went to attack the two women Dawn grabbed the gun and shot at the police officer three times, killing him.

Viewers think Malone could STILL be alive though…

Was expecting to see Malone’s hand appear out the boot after Dawn walked away 😁 Cat with 9 lives! #emmerdale

Dawn was desperate to go to the police and tell them what happened. However Harriet warned that she probably wouldn’t be believed due to Malone’s status and Dawn’s past.

Whilst Malone harassed Will, Billy and Cain, it was revealed he wasn’t the only dodgy copper on the force and he clearly had a lot of power.

As Harriet began to clean up the living room, Dawn struggled to comprehend what had happened.

The vicar managed to get Malone’s body into the boot of her car. But before they could drive off to bury the corpse, Harriet’s fiancé and Dawn’s dad Will returned home.

Will they get a chance to bury the body before anyone notices Malone is missing? And will they end up telling Will and Billy the truth?

Or will they discover that he has gone when they return to the boot of the car?!

Did tonight’s Emmerdale shock you? Leave us a comment on our Facebook page @EntertainmentDailyFix and let us know what you think of this story