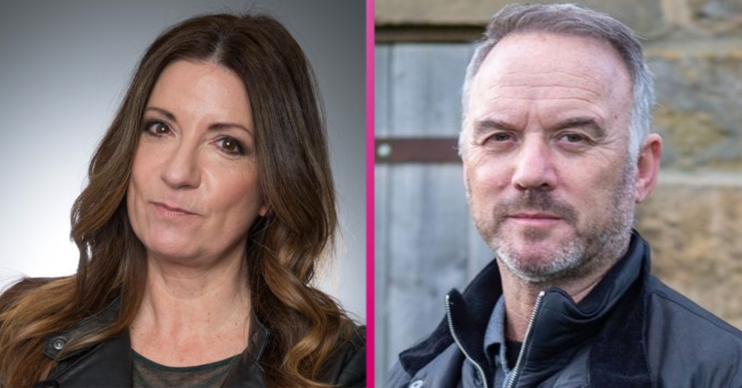 Harriet stepped in to save Dawn

Emmerdale viewers saw DI Malone get attacked in last night’s episode (Monday, August 17). But is he dead this time?

A couple of weeks ago, Will ended up hitting Malone over the head with a wrench, but the dodgy detective survived.

In last night’s visit to the Dales, Malone tried to tempt Will’s daughter Dawn into taking her own life after she reported Malone to the police.

However in a shock twist, Harriet came in and attacked Malone by hitting him over the head. But is he really dead this time?

Viewers have come up with all sorts of theories about what will happen next!

Some fans are hoping that this is the end of Malone now and he really is dead.

Harriet doing what we've all been wanting to do since Malone arrived!! I sincerely hope he's dead! #emmerdale

In a Digital Spy forum, one fan wrote: “Please let him actually be dead this time. Can’t take much more of this ‘Lazarus’ act.”

Another added: “Is this finally the end for Malone? Please tell me this is the end.”

Malone to survive but go to jail?

However another theory is that he survived, but Dawn managed to record their encounter and he will end up going to prison.

In the forum, a viewer said: “I can’t see that killing him but hopefully they call the police on him. He’ll spout his usual [expletive] not knowing Dawn recorded their whole conversation which she’ll play, game over.

“I do not want another stupid ‘let’s hide the body for no reason’ story, I’m so sick of them.”

DI Malone is played by actor Mark Womack. After last night’s episode he hinted that his character might still be alive.

A fan tweeted: “Enjoyed tonight’s episode of @emmerdale though I’m hoping for Malone to pull through. @MarkWomack61 plays the character amazingly and a good villain is needed for way longer.

“I’m probably going to be crying like a little [expletive] when the storyline ends.”

You never know Lily Rose. He might be back ….. https://t.co/NrtKB8Whke

Do you think Malone is dead? Leave us a comment on our Facebook page @EntertainmentDailyFix and let us know what you think of this story.